With 850 posts, chances are there's already an answer to your question. Please try searching below before submitting a question to Dr. Potato. Use multiple words to help narrow down the results. For example, search for "potatoes" and "group" if looking for an answer on cooking potatoes for large groups.

In my extended circle of family and friends I am usually the one who volunteers to make potato salad for all the summertime events. Having just finished up with Memorial Day weekend, I found that the regulars at these get-togethers really love my Mom’s Southern Style Potato Salad. However, the younger generations in particular just look at this as “same old, same old” and often skip it. What can I do to jazz up the usual ingredients of Idaho Russet potatoes, salad dressing or mayonnaise, celery, onion, pickles, mustard, sliced hard boiled eggs with a little paprika sprinkled on top? I’m going to do this again for the Fourth of July and then there’s Labor Day weekend. Signed, I’m bored.

The answer is quite simple…don’t abandon tradition! People may have their minds set on the taste profile. You could do ½ mayo and ½ sour cream instead, or add some crispy fried onion strings or bacon bits sprinkled on top, or make a version of a loaded baked potato salad like this:

The easiest solution might be to make two potato salads, and the Idaho potato growers would love that concept! One is “expected” and the other might be a vinaigrette based salad, or spicy, smoky, ethnic or loaded with other vegetables.

To get you started, I’ve included a number of potato salad recipes below. In addition, I’d like to share some of the gourmet/ethnic/functional and multiple choice flavor trends to see if something inspires you to be creative with that second salad preparation:

Put a smoky twist on a summer-time classic with apple wood chips. 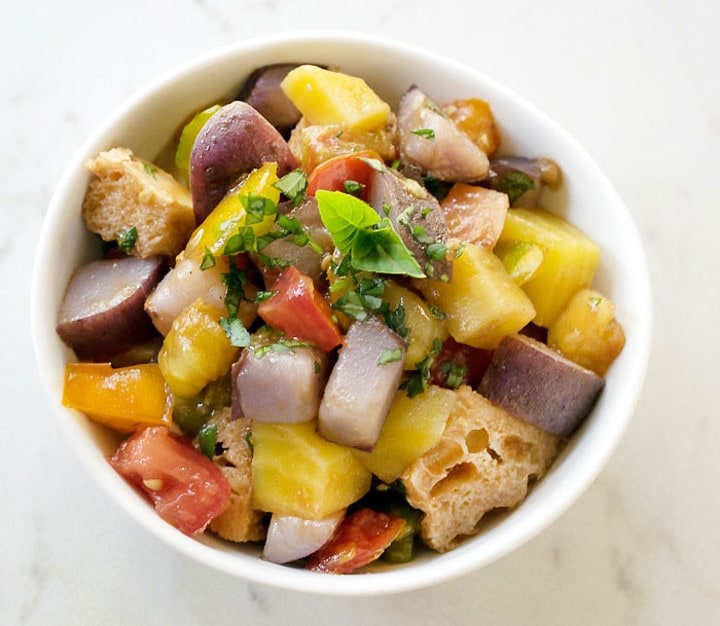 Traditional panzanella salad is full of juicy, fresh tomatoes, and stale or toasted bread that soaks up all the delicious dressing. 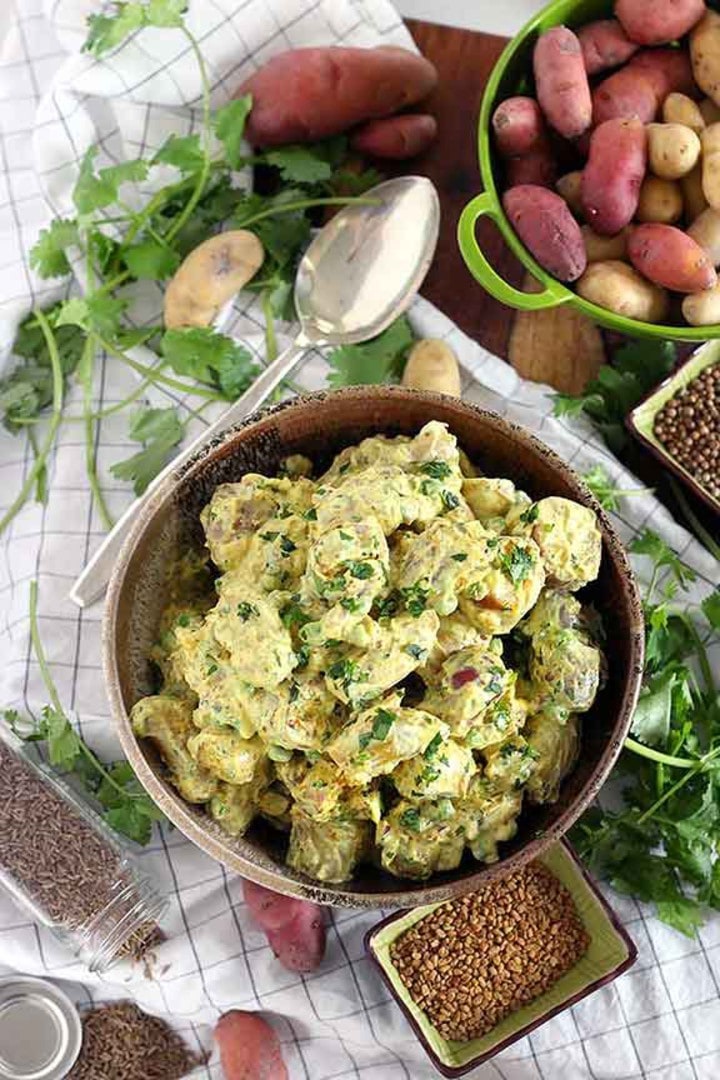 Chukauni, a yogurt-based potato salad from the hilly region of Palpa in midwestern Nepal. 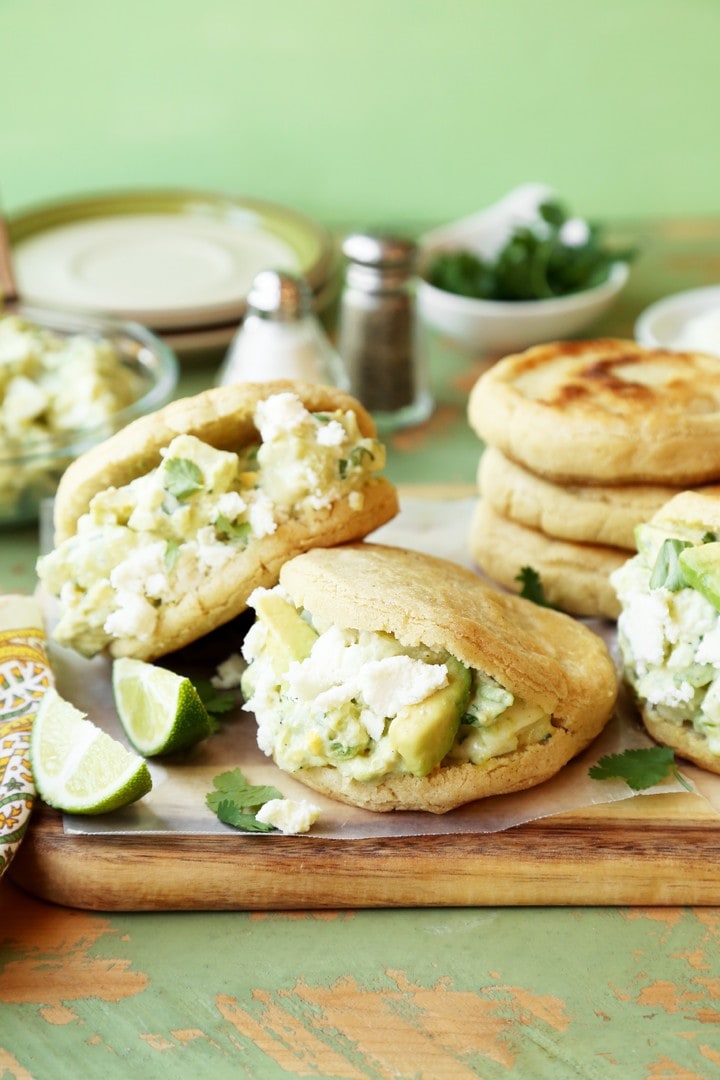 A vegetarian take on a classic Venezuelan dish that is not only easy to make, but hearty and very satisfying. Savory corn cakes filled with a delicious potato and avocado salad. 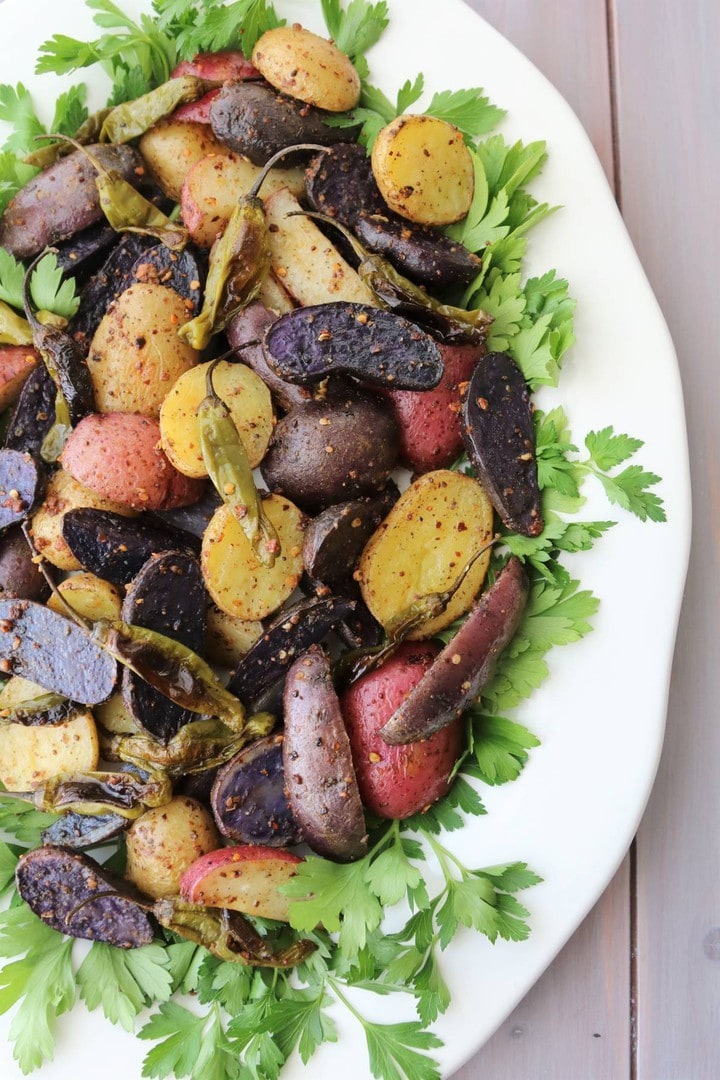 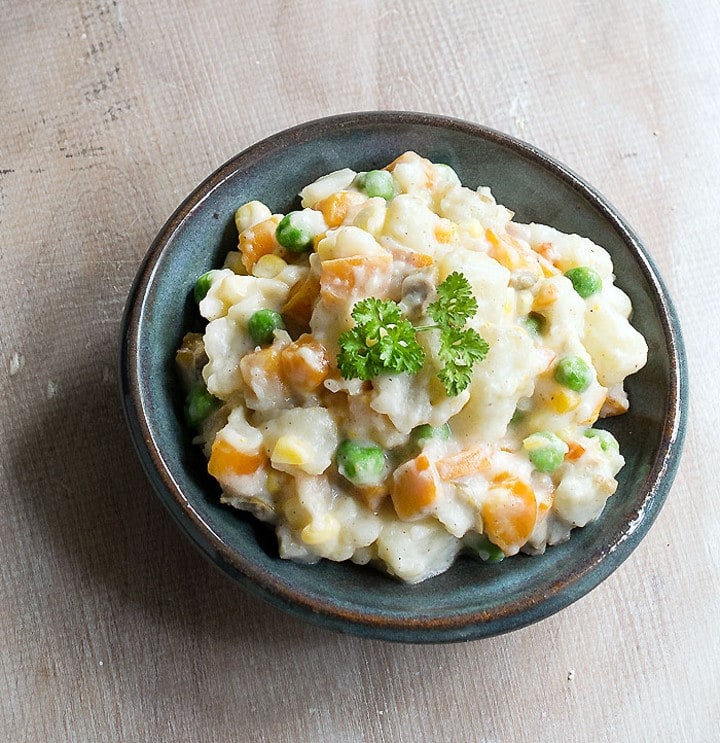 Brazilian potato salad made vegan using a special salt that tastes like eggs.

Potatoes roasted until crispy then tossed with toasted, herbed pecans and a honey mustard pecan dressing. 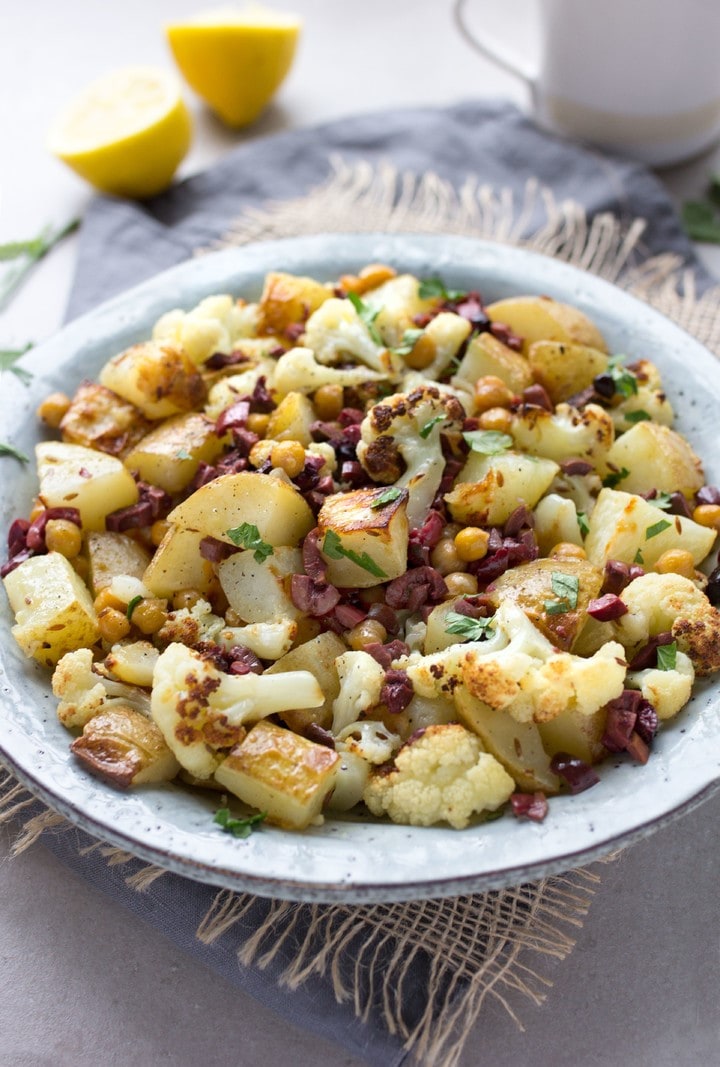 Potatoes, cauliflower and chickpeas are roasted until deliciously caramelized, then tossed with a bright olive and lemon dressing. 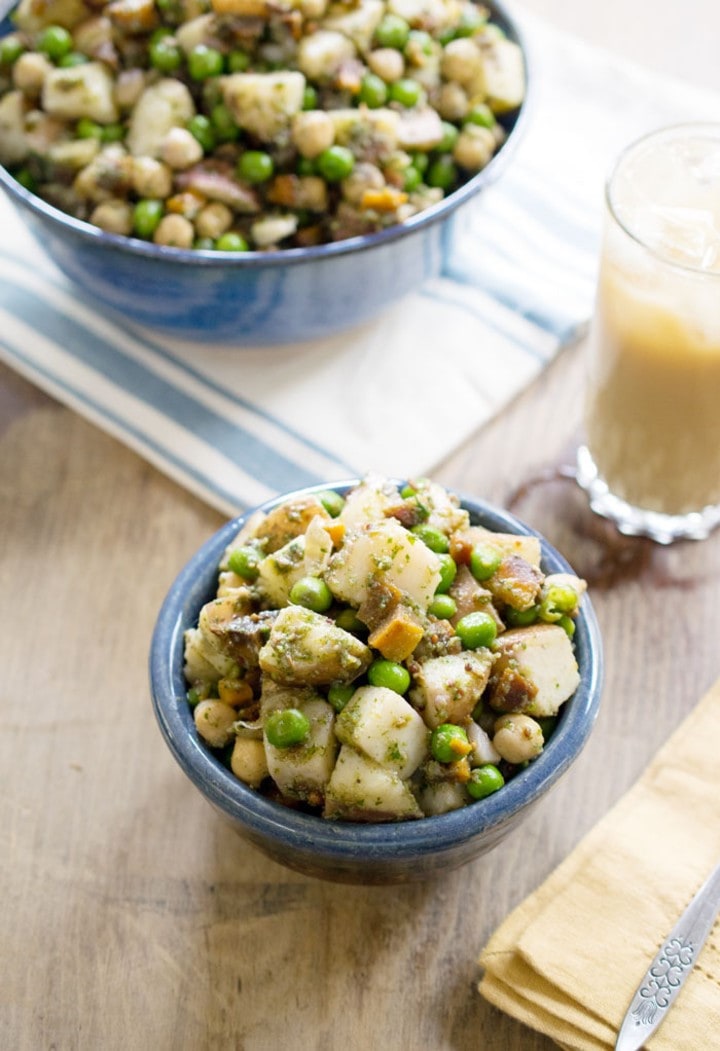 This dish is a whole meal in itself with flavorful Indian spices, carrots, peas, and chickpeas. 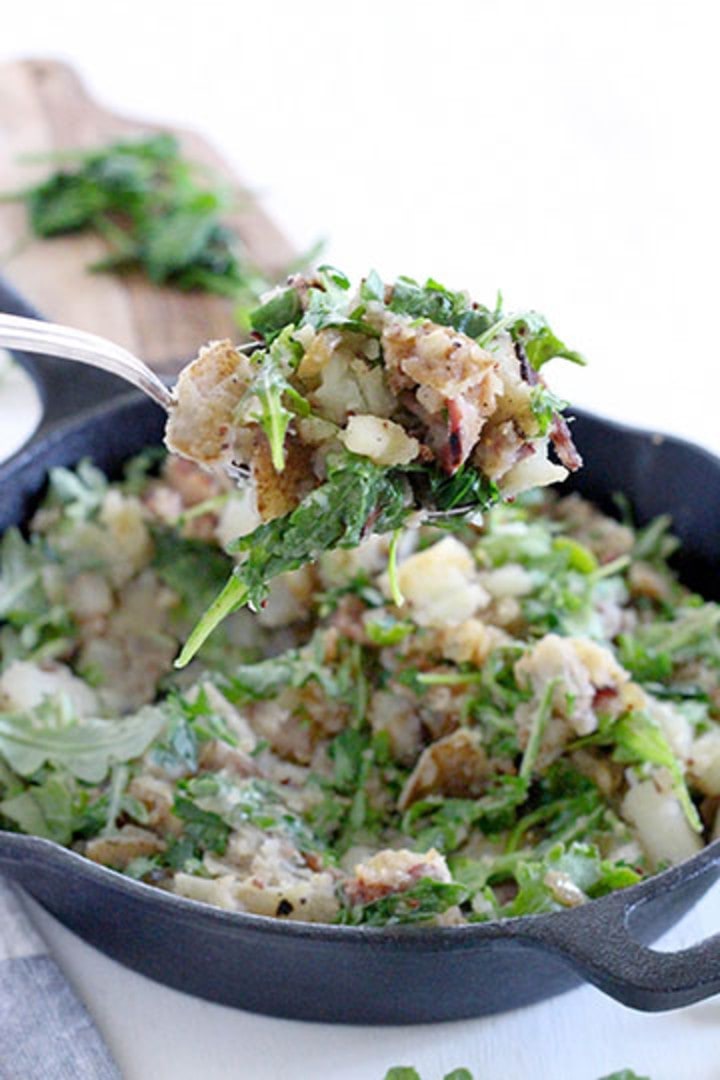 Similar to a warm German potato salad, Paleo and gluten-free.

Cooking trend - Traditional with Another Look: 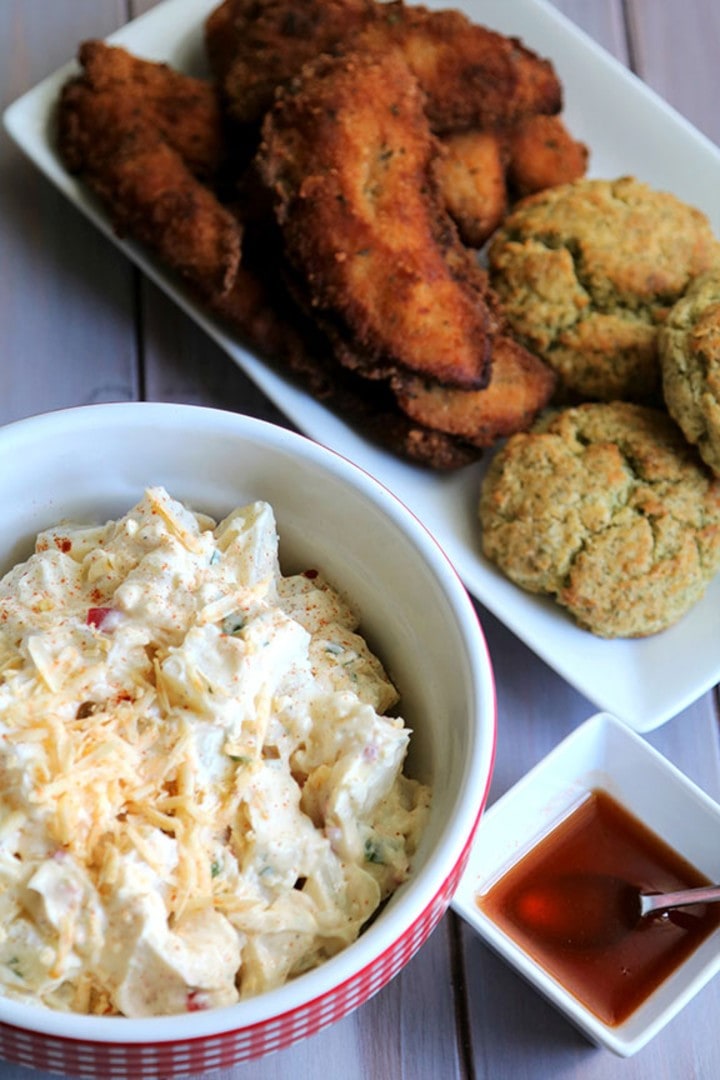 Potato salad gets a spicy makeover when it meets all the components for pimento cheese. 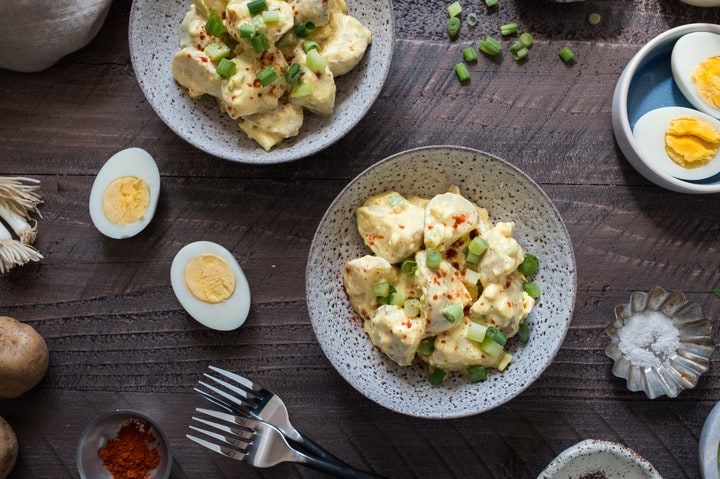 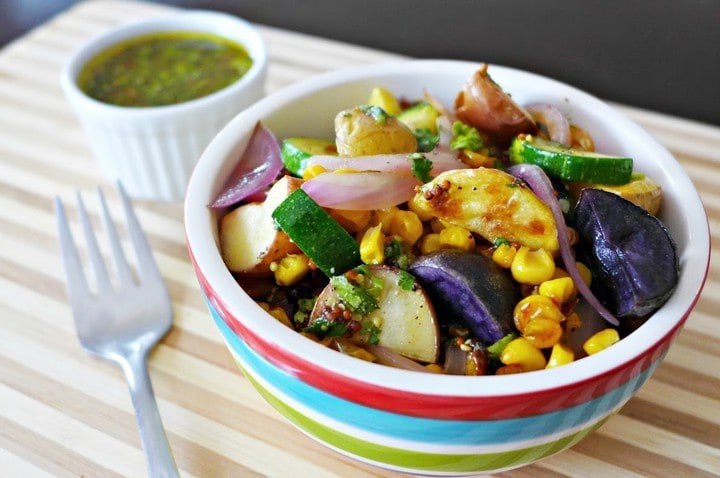 A vinaigrette dressing but with lots of vegetables!

A fun take on combining potato salad and deviled eggs, served on an appetizer sized half mini potato. 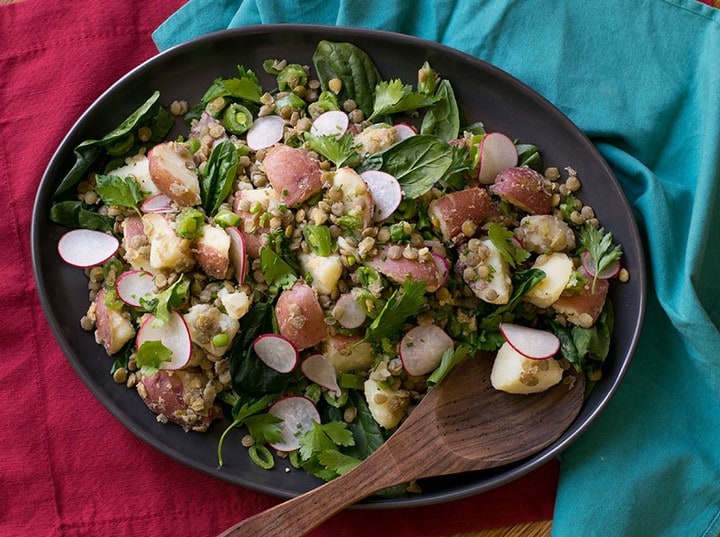 Served over a bed of salad greens, with fresh herbs this shouts out Summertime!