Use The Right Potato For The Job

I’ve noticed that some chefs call for the same size potato for multiple uses, kind of an all-purpose size. They typically call for an Idaho® Russet. As a culinary student I find this confusing… it seems like it would cost more to buy a big potato when you are just going to cut it up.

Good observation. Here is my short summary on what I’d recommend. If the final product or recipe does not require the potato to have a certain length or is going to be cut up, then give some serious thought to what size potato to choose.

For example, I just saw a beautiful recipe for beet pickled eggs with tater cubes, or a potato crouton. In this instance, since they were peeled and cut into one inch cubes, the chef chose a one pound potato, or a 40 count. That means on average, there were forty potatoes in the 50 pound box. In this recipe the potatoes were peeled then cut in half vertically and vacuum sealed in a single layer and cooked for thirty minutes. Then they were cooled and while still hot, shredded and placed in a layer and refrigerated overnight. Finally they were cut into 1 inch squares and fried in oil at 350 degrees F.
So, this potato crouton actually started out as a very very large potato. The chef may have saved some labor time in peeling, but is that offset by then having multiple steps to end up with a shredded layer of potatoes? A less expensive (in a typical year) 80-90 count potato would have worked fine. On the other hand, to really create a “WOW” factor, what if this 40 count one pound potato was made into a giant baked potato or a twice baked?

Below are some recipes calling for a diced potato cut into large chunks. None of these require spending the money on a premium sized potato* for the final dish to be spectacular.

*NOTE: In the Potato Shrimp Clemenceau recipe, the skin was left on to save labor. The Garlic Fried Potatoes Recipe calls for 2 large 12-14 oz. potatoes but an 8-10 ounce is less expensive and would work fine for this application. 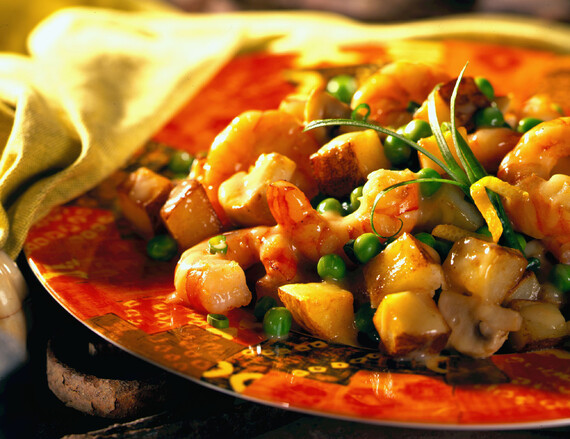 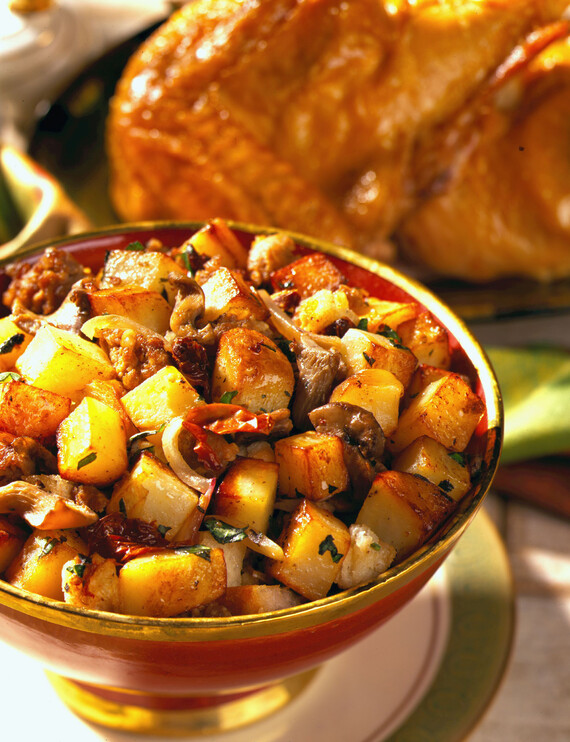 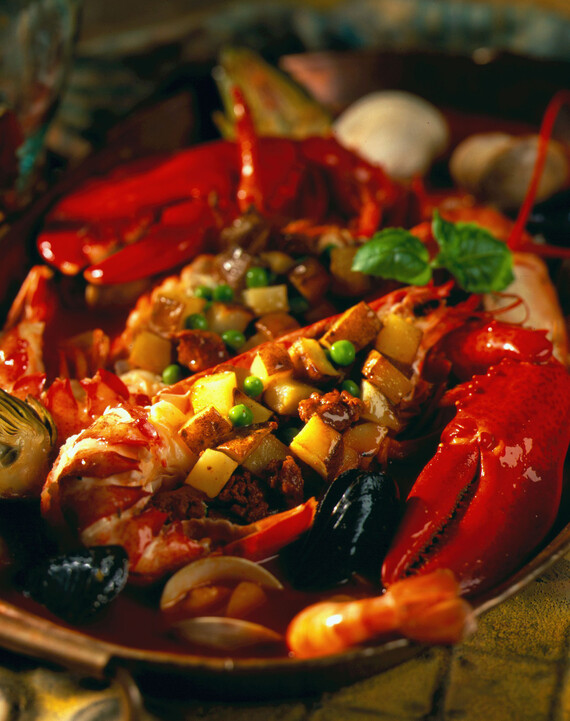 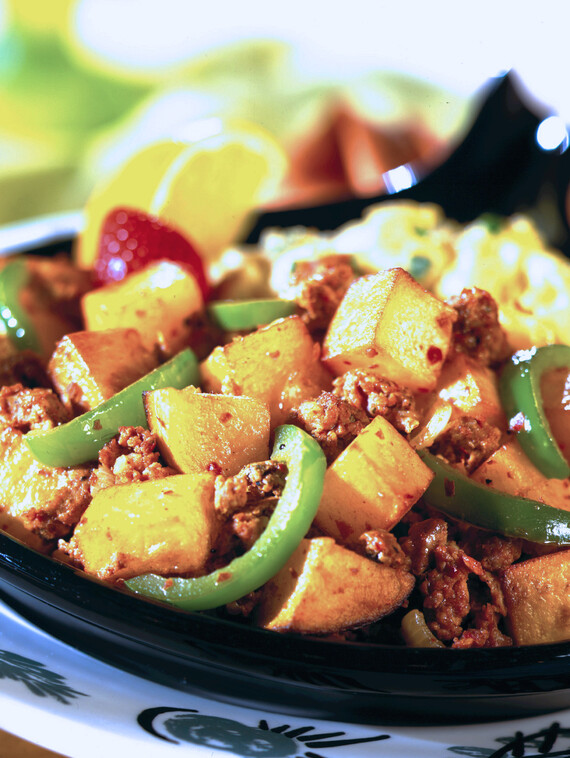 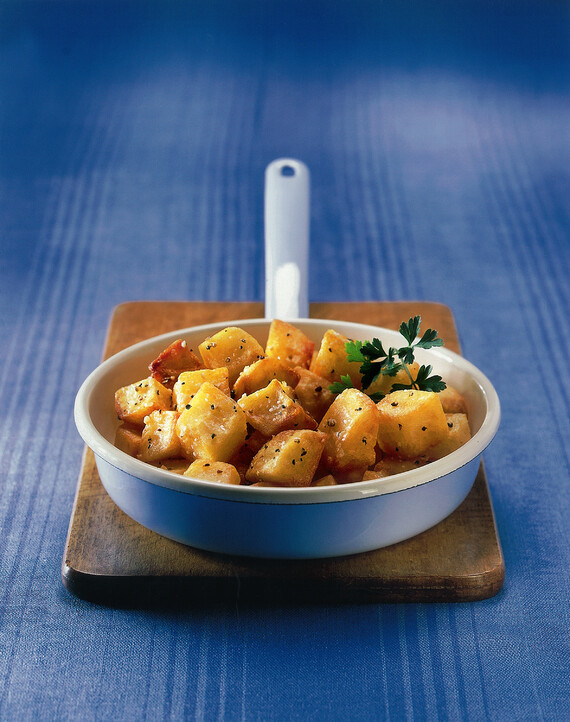