Years ago I stopped into a little roadhouse somewhere in the deep south. They didn’t have baked potatoes, they had turpentine boiled potato. It had to be the best potato I have ever eaten. Boiling a potato in turpentine does not sound too healthy to me so I would suppose it is more a name than an actual method. Ever hear of it? Know how to make them?

The method you are referring to was still in use when I started to work for the Idaho Potato Commission, some 22 years ago, at restaurant throughout the Southeast and one chain, Cracker Barrel. The potatoes, cooked in a rosin oil, were basically fried and the oil formed a hard black crust that sealed the outer surface, trapping the heat inside. The outer skin became very dark, almost like charcoal and could not be eaten in any sort of quantity. Try to explain the risk aversion to a health department official and you can see why this method basically became extinct, not because customers or guests didn’t like them, but because it was deemed potentially hazardous and could not easily be challenged, without spending lots of money on legal funds. So, while there were hopes that this method would eventually be grandfathered into acceptability, it was not to be.

If you want to replicate the intense heat and wonderful baked potato flavor, there is another method you might try. It is to coat an Idaho russet in a mixture of salt and egg, and then bake it off. You’ll need a wooden mallet to break the crust, and a brush to remove excess salt. But I can tell you from previous experience it is a one of a kind, delicious way to prepare a potato and wow your guests. Here is the recipe: 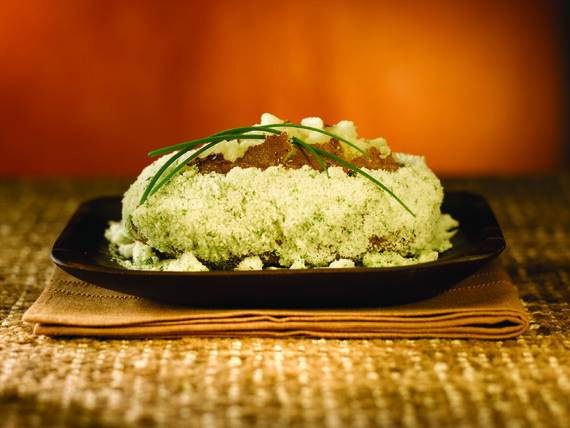