With 824 posts, chances are there's already an answer to your question. Please try searching below before submitting a question to Dr. Potato. Use multiple words to help narrow down the results. For example, search for "potatoes" and "group" if looking for an answer on cooking potatoes for large groups.

We Have Been Experiencing Hard Potatoes In Our Pre-diced Potatoes, Which We Purchase For Our Store.

I’m hoping you can help me out with your potato knowledge. We are a fresh soup producer and buy our potatoes (Burbank and Norkotah varieties) peeled, ¾” diced and rinsed in an anti-browning agent.  At times we experience “hard” potato complaints from our customers.  Through internal testing we see a small percentage of potatoes that have a waxy texture on the outside but are cooked through on the inside. Is it one variety over the other, could the sodium metabisulphite solution cause this or is it age of the crop?

Can’t tell you why, but I have found this to occur in the Norkotah Russet variety. Sometimes just sections of the potato, sometimes the whole thing. The only other issue with a potato not cooking can be when it is combined in an acidic tomato base. Shirley O. Corriher of CookWise, The Secrets of Cooking Revealed, has addressed the issue before: 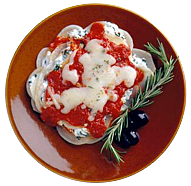 “Know why sometimes potatoes won't cook, I have had many calls about potatoes that wouldn't cook. Pat and Betty, the Reynolds Kitchens girls, were developing whole meals (a meat, a starch and a vegetable) in foil packets. They had one in which the potatoes remained rock-hard after over an hour of cooking. They thought the potatoes pieces were too big, but when they got them down to the size of rice and they were still rock-hard, they called me.

To minimize the number of ingredients, instead of using salt, pepper, basil, etc., Pat and Betty used a tablespoon or two of a salad dressing. The dressing in this dish was a very acidic vinaigrette. Starch granules won't swell and soften (i.e., the potatoes won't cook and soften) in acidic conditions. They switched dressings and the potatoes were perfect.

This can also be a problem with scalloped potatoes that are cooked in sour cream. You can precook the potatoes in water or milk until they are soft and then bake them in sour cream.”