The IPC office is closed for the holiday but don't fear… with 764 posts your Idaho potato questions have probably already been answered! Keywords that might help you find the answers you’re looking for include: potato salad or Summer.

How do you cook a baked potato?

What is the correct oven temperature and time to cook a baked potato? I especially would like to know the cooking temperature for russets.

I just saw a post on the internet where people were asked to write in with their comments and a couple of suggestions, if followed you will end up with an inferior tasting baked potato. Baking at 450 degrees F is way too high and the potato will have a wrinkled skin. Baking for an hour and a half is too long, the potato will be overcooked. Of course it can take that long if potatoes are stacked on top of each other. Be sure to place in a single level, preferably right on the rack. We recommend 400° F. In previous studies with Kitchen Consultants, out of Los Angeles, we raised our baking time suggestions from 45 or 55 minutes to one full hour or when the internal temperature of the Idaho® baked potato reaches 210° F. Baking in foil is NOT recommended, as it steams the potato. If you must, then wrap the potato so that the top is open and the steam can escape. Once fully baked, remove from the oven, and using a hot pad or mitt, fold the foil over the top of the potato to seal it up. This method allows most of the steam to escape before it has finished cooking. 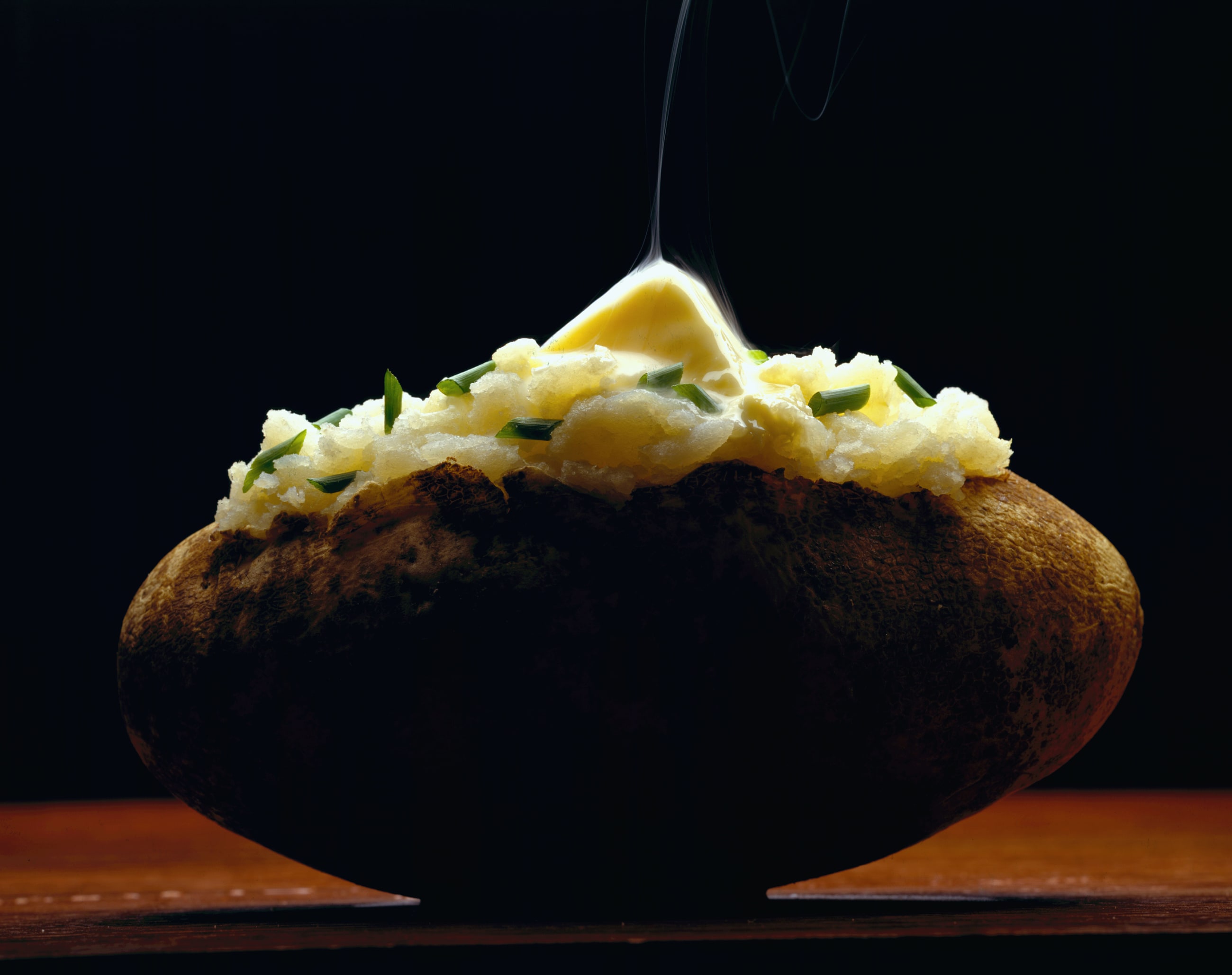