I own a restaurant in Vermont and we serve Idaho Spuds, after searching your website, I saw a Knife/potato bloomer that cuts small holes end to end and side to side on baked potatoes, where can I find one of these?

The tool you saw has been discontinued, it was made by a company in Chicago out of cast metal and was a beautiful work of art. The company went out of business. We have had several companies want to produce this again (last ones were made in the mid-eighties) but once they figure out the tooling costs are a minimum of $60-70 thousand they drop out.  I have one on display at work in the Idaho Potato Commission office. It would be a lethal weapon in the wrong hands! With the advent of the 3-D printer there might be a way to re-explore this. Until then, make a double cross by using a fork to pierce a line down the length of the potato and two shorter vertical dotted lines down the width. Then using gloves or insulated mitts, grab the potato at both ends and push towards the center, sometimes called blossoming the potato. You can also do this by making an “X” with a fork and then pushing on both ends.

Mimi Avocado, a friend and food blogger watched grower James Hoff use the fork trick to blossom a potato during a harvest tour, here is her picture of a completed one: Mimi Avacado Baked Potato Blossom 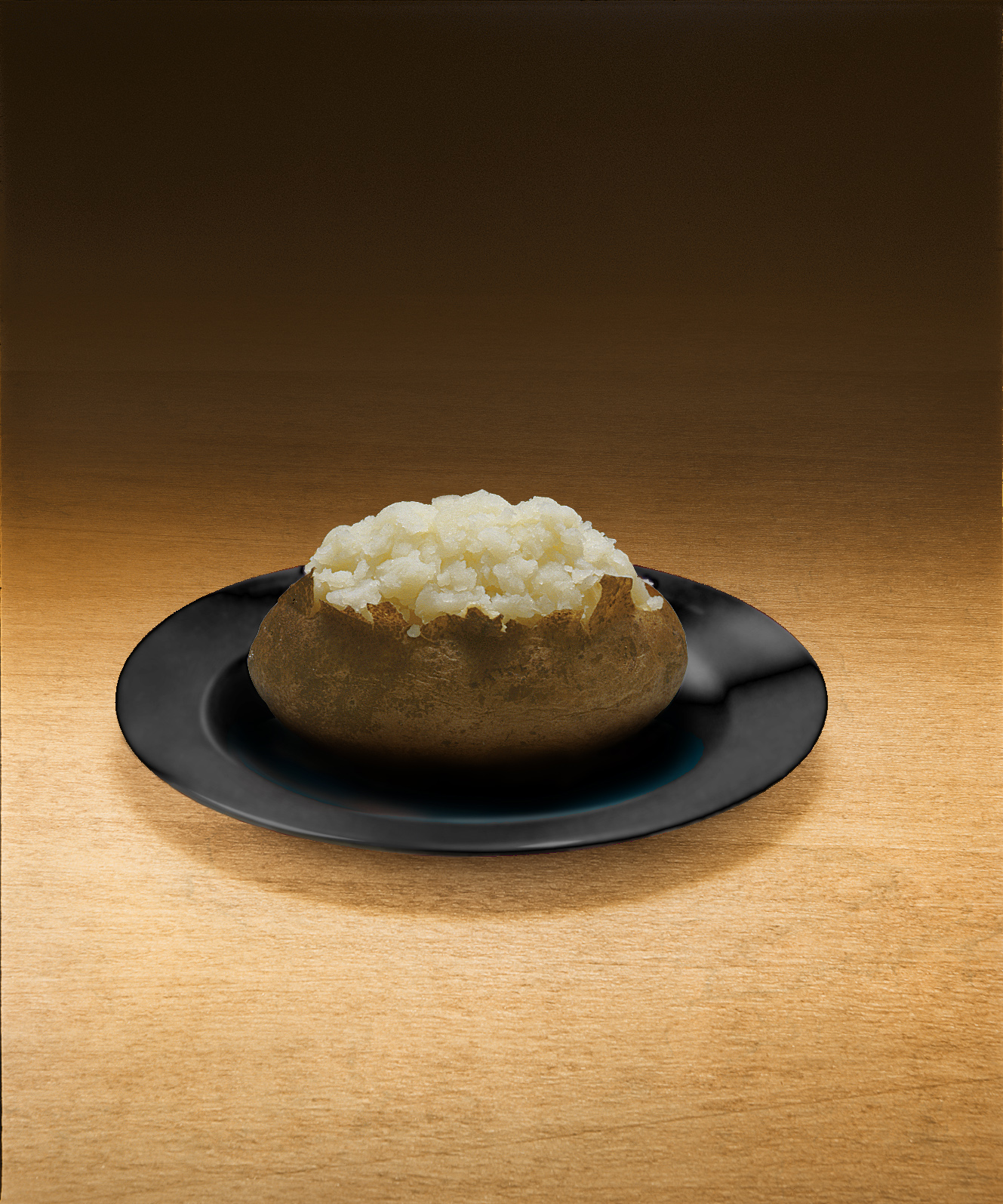 Or this one, using an apple slicer: Wildflour's Cottage Kitchen Blooming Baked Potato Blossoms. Potatoes are pretty dense so don’t expect to cut into one with the same force as an apple.

The main reason this is better… using a knife to cut a slice down the middle of a cooked potato glazes the grain of the sides of the meat inside the potato and when you add a pat of butter it just slides right down to the bottom of the potato. So a customer or guest might need to use twice the amount just to get a similar taste. Here is a video from a visit to the farm in Idaho explains how to do this as well: How to make a "bloomin'" Idaho baked potato