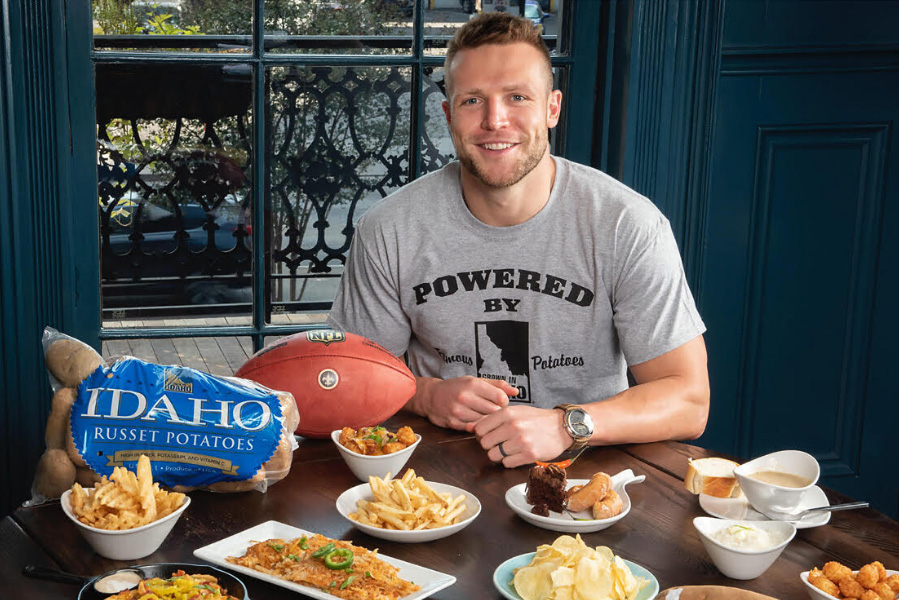 Taysom Hill played five different positions in 2019 for the New Orleans Saints. From quarterback to tight end to slot receiver to wide receiver to running back, sports reporters often compared Hill to a Swiss Army knife for his versatility on the field. In Idaho he’s compared to an Idaho® potato, the most versatile vegetable in the produce aisle.

“We first met Taysom when he helped support his alma mater, BYU, when they played in the Famous Idaho® Potato Bowl in 2018,” explained Frank Muir, President & CEO, Idaho Potato Commission (IPC). “When we saw his versatility during a game and learned more about what a great all-around athlete and man he is on and off the field, we knew we wanted to work with him.”

During the 2019 football season, Taysom and the IPC posted several photos on their Instagram, Twitter and Facebook pages, and hosted two give-aways where fans could win autographed footballs and jerseys. In total, the posts have reached more than one million people across the country.