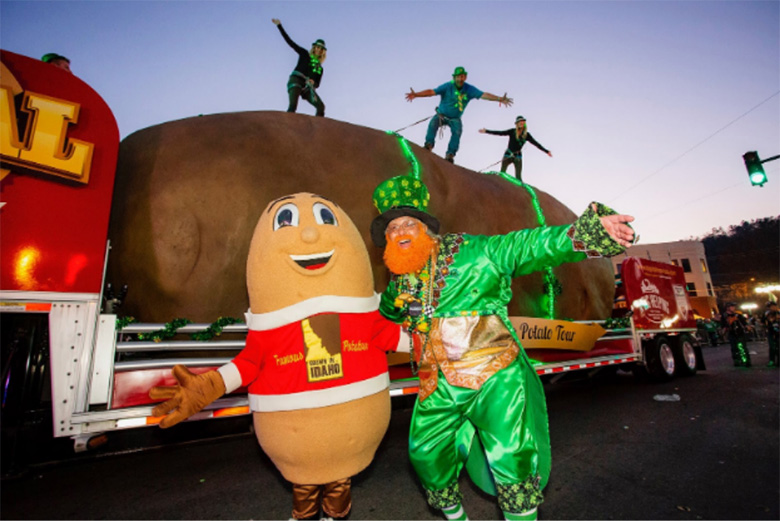 Spuddy Buddy and the Tater Team Hang Out With a Leperchaun at the First Ever 16th Annual World's Shortest St. Patrick's Day Parade in Hot Springs, Arkansas

While it’s impossible to count all the people who experienced the Truck either at events or traveling on America’s highways and byways, the estimated reach was close to 2 million and is measured by social media engagement, event attendees and media impressions.

And several other highlight events including:

In total, the 2019 Big Idaho® Potato Truck tour generated more than 200 million media impressions, and continues to reign as the IPC’s most successful marketing campaign, ever. Everywhere it goes, it promotes the nutritional value of Idaho’s famous potatoes and reminds folks to look for the “Grown in Idaho®” seal to be sure they are purchasing genuine Idaho® potatoes.

After eight years on the road, the Truck continues to have a lasting impact on the communities it visits. In total, it has delivered some impressive numbers:

The 2020 Big Idaho® Potato Truck Tour schedule will be released in early February 2020 at www.bigidahopotato.com.