This Year’s Competition is Biggest Commodity Display Contest Ever

EAGLE, Idaho, May 1, 2014—More than 5,000 supermarket chains and independent retailers showcased spuds for the annual Potato Lover’s Month retail display promotion in February, the most ever in the contest’s 23 years.

The Idaho Potato Commission’s (IPC) 2014 retail competition, which teamed up with HORMEL® Real Bacon Bits for the second year in a row, attracted a hefty 5,032 entrants who competed for more than $150,000 in cash and prizes.

At Fareway Stores in Iowa, Nebraska, Illinois and Minnesota, “the contest created excitement for our customers and enthusiasm with our employees,” said Chris Boothe, Fareway’s director of produce purchasing. “We were impressed with the creativity and imagination of the many displays [at Fareway locations]. What a great way to capture our customers’ attention!”

Sharon Brennan, produce manager at Pierce’s Marketplace in Baraboo, Wis., took home the second-place prize for stores with 6 to 9 registers for her tractor-themed Idaho® potato display, inspired by images she saw on the IPC website. “[Our customers] thought it was great because it was something different and huge,” she says. “And the weeks it was up, I bet I increased sales 20 to 25 percent.”

“In the middle of one of the coldest winters in decades, retailers warmed up their produce departments with eye-catching Idaho® potato displays that stopped shoppers in their tracks, ” said Jamie Bowen, IPC marketing manager. “Topping it all off was HORMEL® Real Bacon Bits, our cross-merchandising partner in the displays, which offered retailers the opportunity to double their promotional power with these two great brands.”

Buehler's Milltown in Wooster, Ohio, cashed in on its timely Olympics-themed display to win first place among stores with 6-9 cash registers, featuring a giant “Going for the Gold” poster complete with a snowboarding Spuddy Buddy.

Country Market in Brooklyn, Mich. the first-place winner for stores with 10+ cash registers, drove home its message with a Truckload Sale display set against the backdrop of a photo poster showing the Great Big Idaho® Potato Truck parked in front of the U.S. Capitol building during its recent cross-country tour. And Foodland in South Pittsburg, Tenn., served up a “Spud Dynasty” display to net its first-place prize in the 1-5 registers category.

“Last year’s program with the Potato Lover’s Month contest was a phenomenal success, and this year’s results were even better,” said Tony Horvath, product manager for Hormel. “It’s hard to find anything better than the Idaho brand for potatoes. And bacon toppings are such a great fit with potatoes, one of the main food items that our product is used on.”

“The creativity in these displays really appeals to consumers and helps keep them in the produce department longer,” said Bowen. “It’s a fun way to push sales of both Idaho® potatoes and other fresh produce during what’s typically a slower month.”

In addition, the Category Manager Match Program awarded equivalent cash prizes to category managers at stores that qualified for 1st through 5th place prizes. The IPC also awarded 100 Honorable Mention Prizes of $100 to displays chosen from the remaining entries, and everyone who entered received a free BlueROCK wireless Bluetooth speaker with auxiliary and charging cables included.

To enter the display contests, retailers and military commissaries were required to create a display for their produce department featuring Idaho® potatoes and HORMEL® Real Bacon Bits, plus special-themed point-of-sale material from the IPC and Hormel. The display had to be up in the store’s produce section for at least one week between Jan. 27 and Feb. 28, 2014.

For photographs of the winning displays and a complete list of winners, visit www.IdahoPotato.com/Retail. 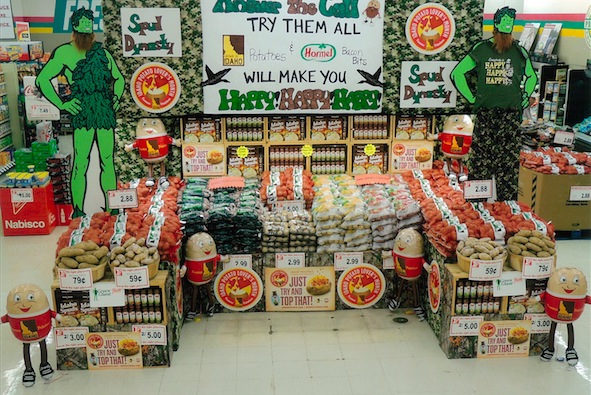 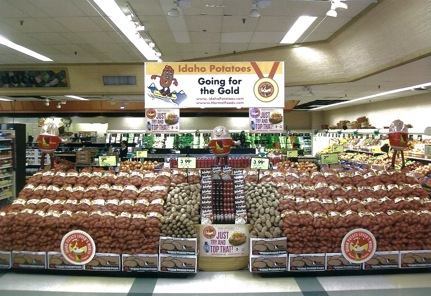 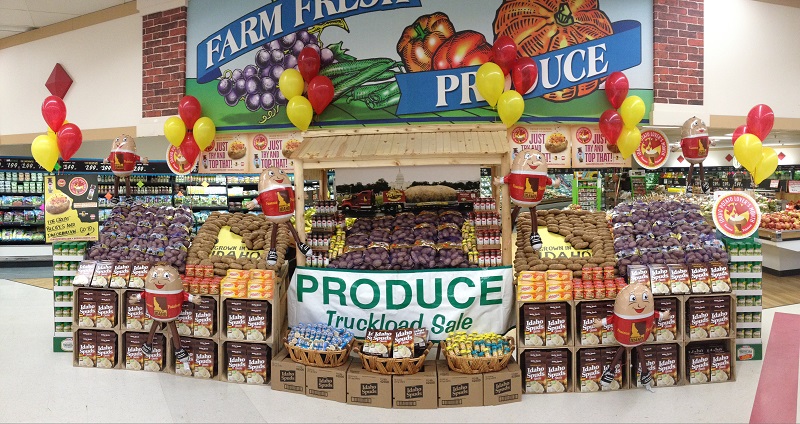 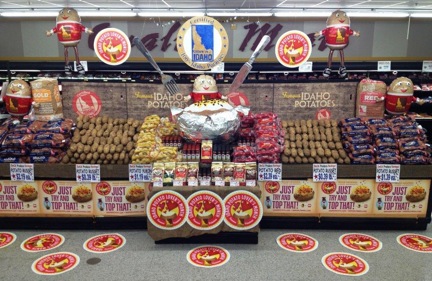 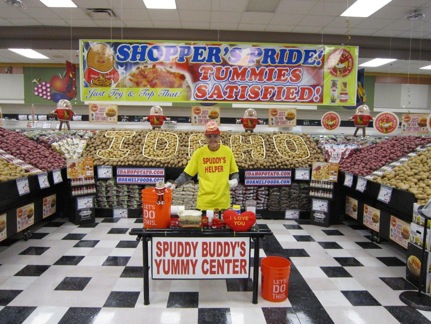