EAGLE, ID, July 20, 2011 – Idaho® potatoes are playing a starring role in a series of instructional recipe YouTube videos from food blogger Sara O’Donnell, Average Betty (www.averagebetty.com). In the short episodes, O’Donnell demonstrates how to prepare one of her favorite Idaho® potato recipes, spicing up each video with fun potato facts and her own alterations and tips, seasoned thoroughly with her bubbly sense of humor and passion for potatoes.

“I like cooking with Idaho® potatoes because of their consistent taste and quality, whether it's a russet, fingerling, red or yellow. Idaho russet potatoes have fewer eyes and less water content so they bake, mash and fry perfectly,” said O’Donnell. “You can always rely on an Idaho potato... and they're grown in the USA!” 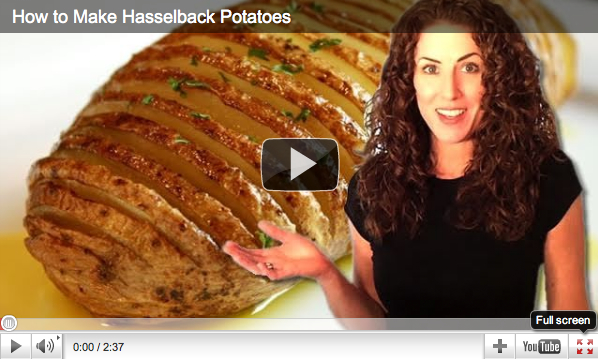 In her Hasselback Potatoes video, Average Betty adds humor and hustory to the recipe for this traditional dish. (Image courtesy of AverageBetty.com)

The first video premiered on June 13 with Average Betty offering a lesson on how to cook Hasselback Potatoes, a classic potato dish with a unique accordion-style cut. On June 27, she debuted a demonstration where she prepared Spicy Thai Potato Salad, a creative combination of flavors and textures including Idaho® fingerling potatoes, carrots and cabbage all mixed in a spicy peanut dressing. 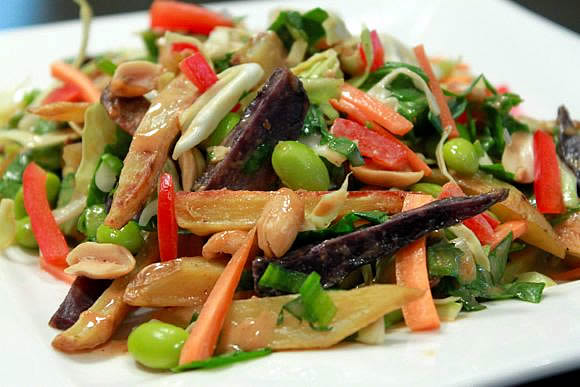 In her Hasselback Potatoes video, Average Betty adds humor and hustory to the recipe for this traditional dish. (Image courtesy of AverageBetty.com)

“Average Betty’s exuberant personality paired with some of our favorite recipes makes for a perfect combination,” said Don Odiorne, Vice President, Foodservice, IPC. “And the instructional YouTube video format gives us the opportunity to reach a wider audience in a way that is both engaging and entertaining.”

Average Betty tackled the potato tot in a July 11 “Tot-O-Rama” episode, and her July 25 video will feature a frittata recipe perfect for a weekend brunch or a quick breakfast during the week. Two extra servings of the spud-centered series are in the works and will make their way from Average Betty’s test kitchen to computers across the country in September.

“I've never met a potato or potato recipe I didn't like,” said O’Donnell. “Idaho® potatoes are so versatile; they can be a classic side or the star entree.”

The Idaho® potato recipe videos will continue to be posted on her blog, www.averagebetty.com, as well as on YouTube (www.youtube.com/averagebetty) and the Idaho Potato Commission’s website.

The Idaho Potato Commission is thrilled to have a fresh face introducing a variety of Idaho® potato recipes to a new online community.

Launched in 2005, Average Betty offers a bounty of recipes and videos, as well as articles on chefs and food-focused events.