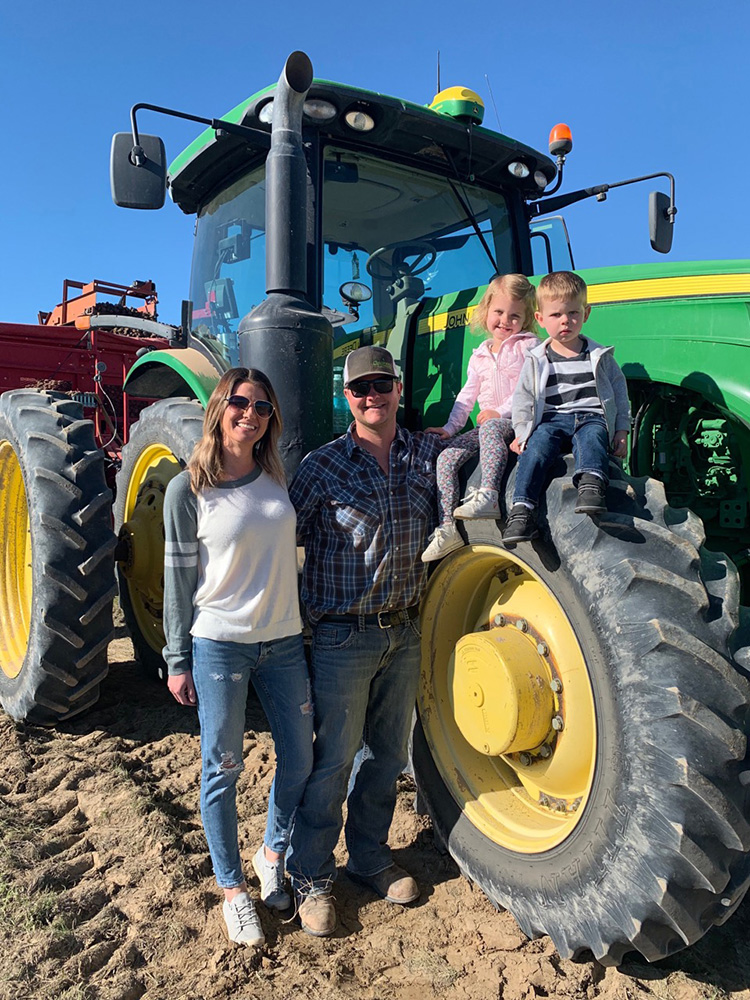 Eagle, Idaho, September 3, 2019 – Many say potatoes put Idaho on the map. We at the Idaho Potato Commission (IPC) don’t disagree, but like to say potatoes and their dedicated growers put Idaho on the map. Recently, the IPC created a social media campaign, Thank a Farmer, to introduce the women and men who work tirelessly year round and often around the clock to annually produce approximately 13 billion pounds of America’s favorite vegetable, the Idaho® potato.

A recent study revealed that 92 percent of consumers indicate it’s somewhat, or very, important to know where their food comes from.1 Thank a Farmer was created to help bridge that gap.

Thank a Farmer recognizes a different Idaho® potato grower every month. The farmer is featured on the IPC’s Facebook and Instagram pages with a link to the IPC website where they can learn more about the individual.

“In addition to connecting our social media friends to the women and men who grow Idaho® potatoes we’d like the Thank a Farmer campaign to inspire curiosity, appreciation for, and a desire to learn more about farming and agriculture,” explained Frank Muir, President & CEO, IPC.

Below are the farmers who have been featured to date...

Randy Hardy is a lifelong resident of Oakley, Idaho and second generation farmer. His father started farming in the mid-60’s, and when he passed away Randy bought the 200-acre farm from his mother. Embarking on his 48th year of growing potatoes, the art of growing spuds has been an integral part of his life. With a love for cultivating a crop that helps feed the world, Randy is actively involved in every aspect of growing Idaho® potatoes. Randy has five children with his wife Karlene and is a proud grandfather of 27 children. His son Ben and family work on the farm, making growing spuds a true family affair.

Ritchey Toevs is from Aberdeen, Idaho and second-generation farmer. With an innovative approach to growing quality potatoes, Ritchey loves that farming allows him to work and live with the best people on earth. He is proud to grow a healthy and versatile crop like the Idaho® potato which brings joy to so many people.

Mary Hasenoehrl’s farm is in Wilder, Idaho. Her family has been farming in Idaho for four generations and she's proud each generation has used more sustainable farming practices over the years. She feels there is no better satisfaction than walking onto a field of potatoes they have grown, digging up a potato plant, and holding the fruits of their labor. She’s a big fan of baked russet burbank potatoes with a little butter and a dash of salt -- but a close second is skin-on french fries.

Nick Blanksma is a third generation potato farmer and sixth generation farmer. Hailing from Hammett, Idaho, Nick and his wife Loni have two future Idaho® potato farmers -- two year old Wayden and four year old Mazie. A family farm, Nick works alongside his mother, father, brother, and wife, and feels blessed to be able to do so. He finds the process of seed to spud to be a lot of hard work and very rewarding because growing quality Idaho® potatoes is a lifelong passion. He hopes his children will also one day follow in the family tradition and become farmers.

There are more than 600 farmers in Idaho who grow spuds. All of them deserve a big pat on the back. Without them, the Idaho® potato brand wouldn’t be what it is today.

1 Manufacturing.net (2016, March 03). Consumers Want to Know More About Where the Ingredients for Their Food Come From. Retrieved from https://bit.ly/33SjnRF