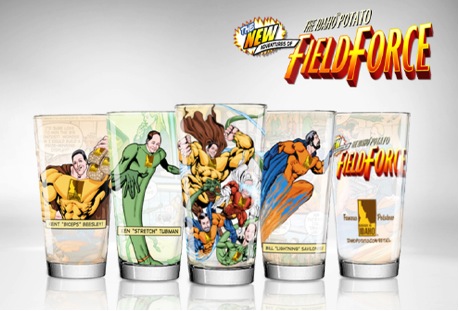 Eight different full-page ads appeared in retail trade publications and also were combined into a comic book; in addition, five of the eight ads came to life in animated videos housed on the IPC’s YouTube page. To keep Idaho® potatoes top of mind with retailers every day, the IPC also delivered pint glass sets depicting each member of the Fearless Field Force, along with a personalized letter highlighting the exploits of each recipient’s personal protector of potato profits. (Larry Whiteside had retired by the time of this promotion and was not pictured on a glass.)

“This campaign has proven to be a tremendous success and is the most high-impact retail campaign in the IPC’s 75-year history,” said Seth Pemsler, vice president, Retail/International, IPC. “Our mission is to get our message directly to retailers in a fun, compelling way, and the comic book theme has definitely accomplished that goal. We’ve had many, many positive responses from produce managers, senior category managers and retail advertising/marketing managers.” 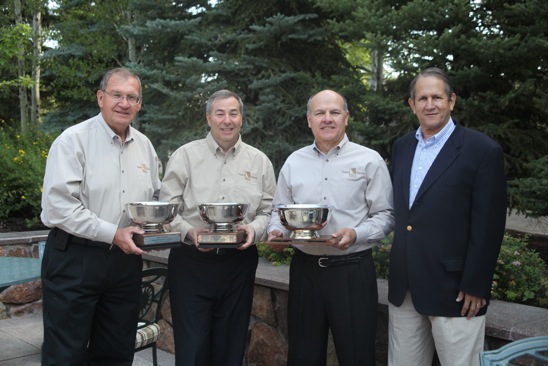 About the Idaho Potato Commission
Established in 1937, the Idaho Potato Commission (IPC) is a state agency that is responsible for promoting and protecting the famous “Grown in Idaho®” seal, a federally registered trademark that assures consumers they are purchasing genuine, top-quality Idaho® potatoes. Idaho’s ideal growing conditions, including rich, volcanic soil, climate and irrigation, differentiate Idaho® potatoes from potatoes grown in other states. For more information, visit www.idahopotato.com.
Like us on Facebook: Facebook.com/famousidahopotatoes
Follow us on Twitter: Twitter.com/idahopotato
Follow us on Pinterest: Pinterest.com/idahopotato