EAGLE, Idaho, June 15, 2012—Thousands gathered in the streets of Boise, Nampa, Kuna and Idaho City over Memorial Day weekend as the first-ever Exergy Tour welcomed the world’s top women cyclists to scenic Idaho to compete at the highest level. Throughout the five day event, the Olympic athletes fueled up for their rides in the Feed Zone with healthy, nutrient-dense Idaho® potatoes provided by the Idaho Potato Commission (IPC).

“The Exergy Tour was an important and exciting event for Idaho, and we are very proud that the Idaho® potato industry was able to support these world-class cyclists,” said Frank Muir, President and CEO, IPC. “Idaho® potatoes are packed with nutrients like potassium, vitamin C and fiber, and their complex carbohydrates provide a vital energy source for professional athletes and regular folks like you and me.” 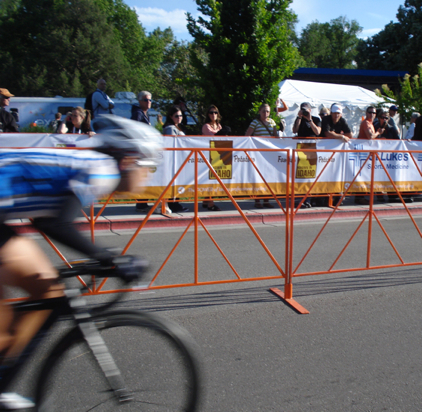 A cyclist comes down the chute while competing in the Prologue at the first-ever Exergy Tour in Boise, Idaho.

In addition to being the official Exergy Tour Feed Zone Sponsor, the IPC’s official mascot, Spuddy Buddy, was on-site to cheer on the cyclists and entertain families and fans at the event.

The IPC’s sponsorship included showcasing Idaho® potato-branded banners along the course, a quarter page ad in the official Exergy Tour program, signage in the VIP tent and at the Feed Zone, and recognition from the announcers during each event. 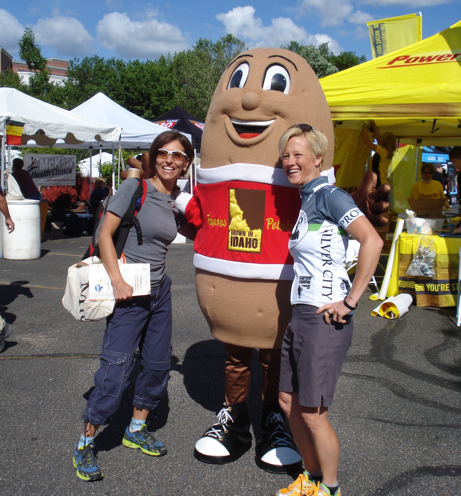 A cyclist comes down the chute while competing in the Prologue at the first-ever Exergy Tour in Boise, Idaho.

About the Exergy Tour
The Exergy Tour took place in five Idaho cities – Boise, Nampa, Kuna, Garden Valley/Crouch and Idaho City. A total of 16 of the top ladies pro cycling teams from around the world are participating in the inaugural race, which was founded by Boise-based Exergy Development Group. The race will be one of the last races to provide international ranking points crucial to qualifying for the upcoming Olympic Games in London. It is sanctioned by USA Cycling and is the only ladies race in North America in 2012 with a 2.1 designation by the International Cycling Union (UCI). St. Luke’s Sports Medicine is the Official Medical Provider for the 2012 Exergy Tour. The National Association of Girls and Women in Sport is the Official Charitable Partner of the 2012 Exergy Tour.