EAGLE ID, January 5, 2015 – It was noisy in Boise for the Second Annual New Year’s Eve Idaho® Potato Drop. Seconds before the stroke of midnight, a 17-foot long spud was lowered by crane in the downtown area to ring in 2015. Tens of thousands attended this family-friendly event including the Idaho Potato Commission’s (IPC) Big Idaho® Potato Truck and lovable mascot, Spuddy Buddy. 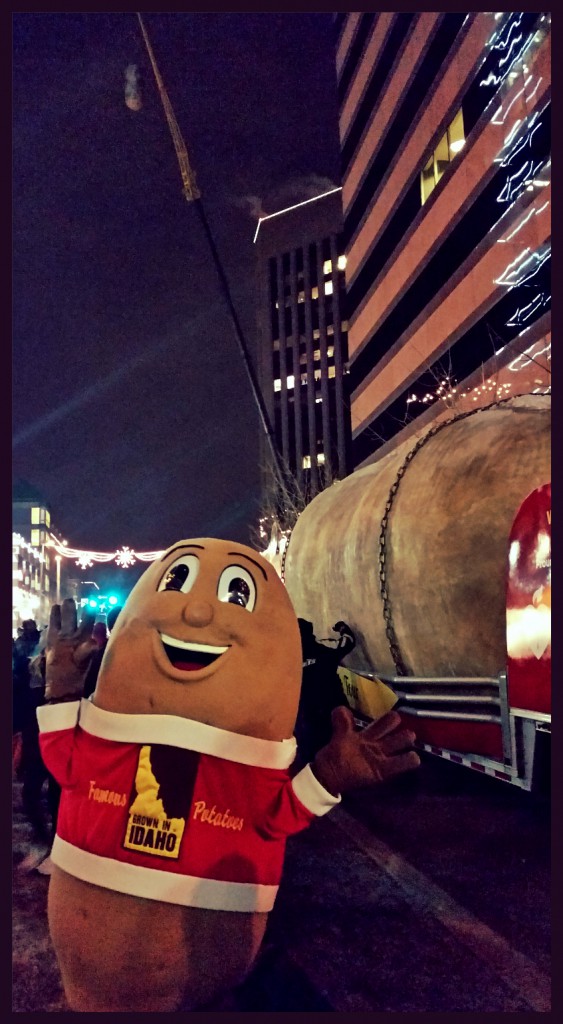 The IPC has sponsored the Potato Drop both years. “Idaho is already known for its famous spuds, but its events like this that remind us just how big Idaho® potatoes are to the state and how revered they are by all,” explained Frank Muir, President and CEO, IPC. “The potato industry generates close to $4 billion dollars in revenue annually for the state and provides more than 35,000 jobs. Now that’s worth celebrating!”

The New Years Eve Potato Drop
The Idaho New Year’s Eve Commission was established to create an annual New Year’s Eve event in Boise that would bolster the local economy and demonstrate pride for one of Idaho’s most important agricultural products, the Idaho® potato. The goal is to make the Idaho® Potato Drop a nationally recognized event and put Boise on the map as a world destination for New Year’s Eve.