October 21, Eagle, ID – For the past two years, the Idaho Potato Commission’s (IPC) national television commercial has featured the Great Big Idaho® Potato Truck and a perplexed potato farmer who can’t seem to keep tabs on it and its fun-loving Tater Team. The IPC recently launched its new national television commercial, which again features the now famous farmer searching for his Truck. But this year, his search soars to news heights with the help of a fellow farmer. 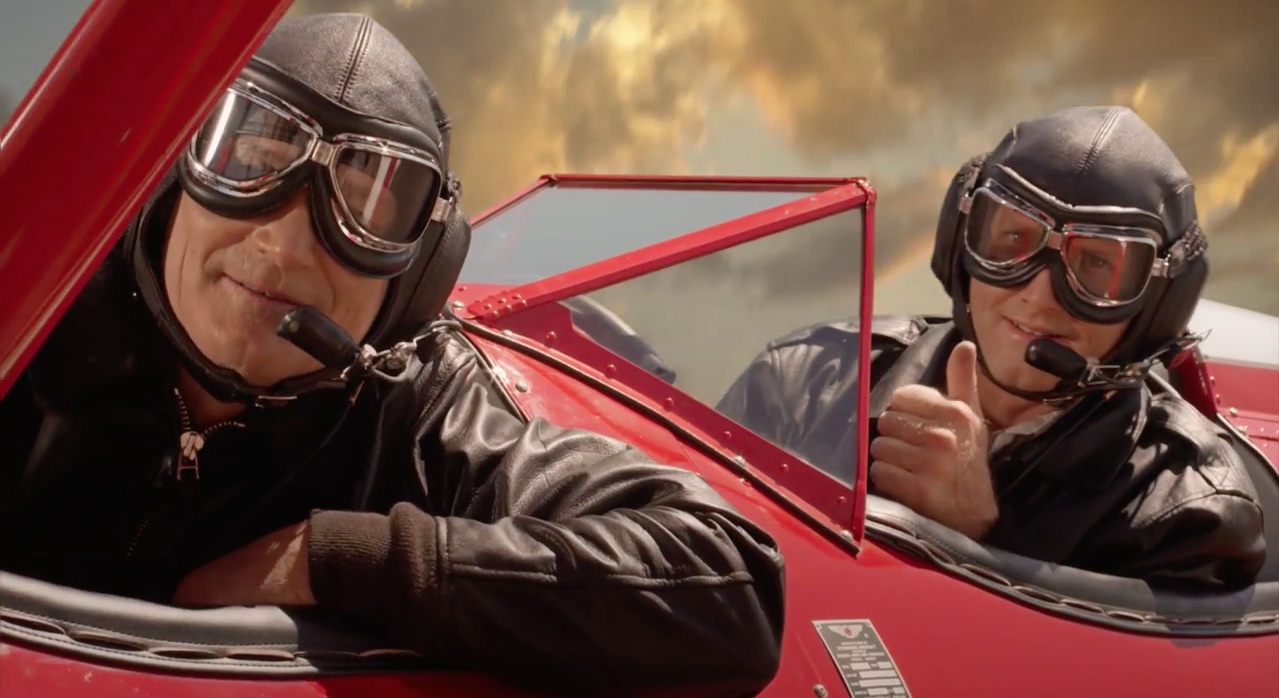 “These wildly popular national television commercials featuring the Great Big Idaho® Potato and the farmer, Mark Coombs, have generated tremendous brand awareness but have also engaged consumers more than any of our other television commercials ever have,” explained Frank Muir, President and CEO, IPC. “Every week we receive dozens of calls, emails, and messages on Facebook from folks around the country telling us they’ve spotted our Truck. In fact when folks see the Truck, they tell it go home!”

Not wanting to quell consumers’ quest to help Mark find the Truck, the 2014 commercial again features Mark looking for his 6-ton spud, but with some help from another grower, James Hoff of Idaho Falls. James takes Mark up in his antique 1943 Boeing Stearman biplane hoping the oversized vehicle can be spotted from high above. Despite some impressive aerial maneuvers, he still doesn’t have any luck finding it.

The commercial is currently airing on top cable channels including CNN, Fox News, Food Network, HGTV and Headline News. It will run through January, the end of the heaviest purchase period for Idaho® potatoes. To view the commercial online, please visit our YouTube channel, or click here.