One of Only Six Organizations Honored for Cutting-Edge Retailer Campaigns

The first-ever awards, which honor the industry’s top six commodity marketing and promotional boards, singled out the IPC as a trailblazer for its quirky retail superhero campaign and its wide variety of creative initiatives to drive retail sales.

The IPC was one of only two produce organizations to win the Progressive Grocer award, based on a points system for sales performance, retailer support and development, consumer outreach and other criteria. Among the hundreds of U.S. commodity boards, only a small number maintain a retail sales force and allocate a significant budget for promotions that produce demonstrable results for commodity sales growth. 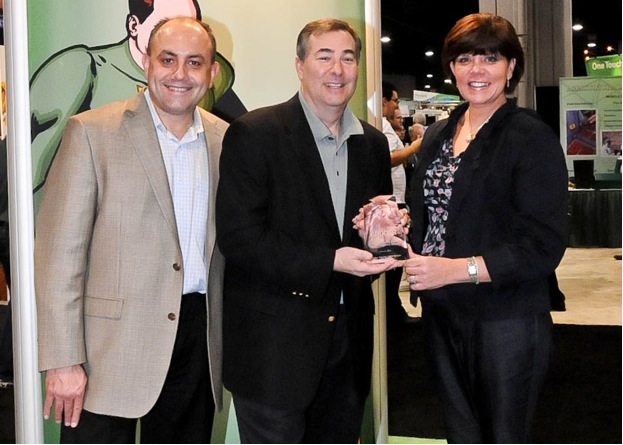 “Our charter commodity board winners are among the most influential sources of information out there for their industries,” says Meg Major, editor in chief of Progressive Grocer. “We chose these six commodity boards because they have exceptional retail-specific strategies. They’ve been instrumental in helping retailers plan and implement programs that both boost sales and engage shoppers.”

“Our four experienced produce veterans possess almost supernatural abilities to help retailers boost their potato profitability,” said Seth Pemsler, vice president, Retail/International, IPC. “Our campaign brings their superhero personas to life and gets retailers talking about Idaho® potatoes. In fact, I’ve received dozens of letters and photographs from key retailers who want us to know that they’re prominently displaying the campaign items in their offices.”

The IPC has extended the superhero campaign theme, which has won a number of awards for excellence in marketing communication, to USB flash drives with market data, animated YouTube videos and direct mail pieces for retailers. Other IPC support materials that promote the Idaho® potato brand include Potato Retailing Today, an eight-page quarterly section in Progressive Grocer, along with an exclusive Idaho edition of The Produce News, a national television advertising campaign, and innovative bin promotions. 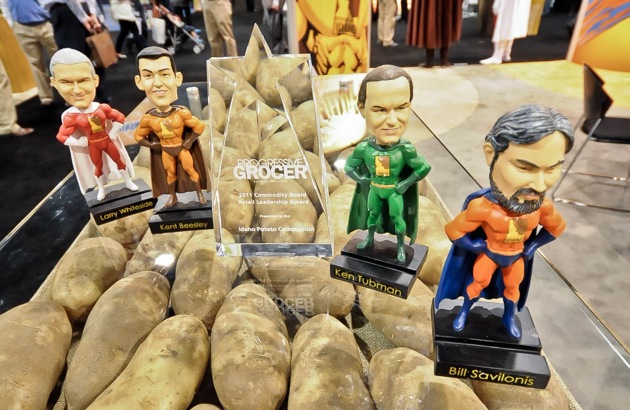 The Idaho Potato Commission is a state agency that is primarily responsible for expanding the markets for Idaho-grown potatoes through advertising, promotion and research. The Commission also protects the use of the “Idaho® potato” and “Grown in Idaho®” seals, which are federally registered Certification Marks that belong to the IPC. These Marks ensure that consumers are purchasing potatoes that have been grown in the state of Idaho. For more information, visit www.idahopotato.com.