Follow The Truck Any Day, Any Time On www.potatotracker.com 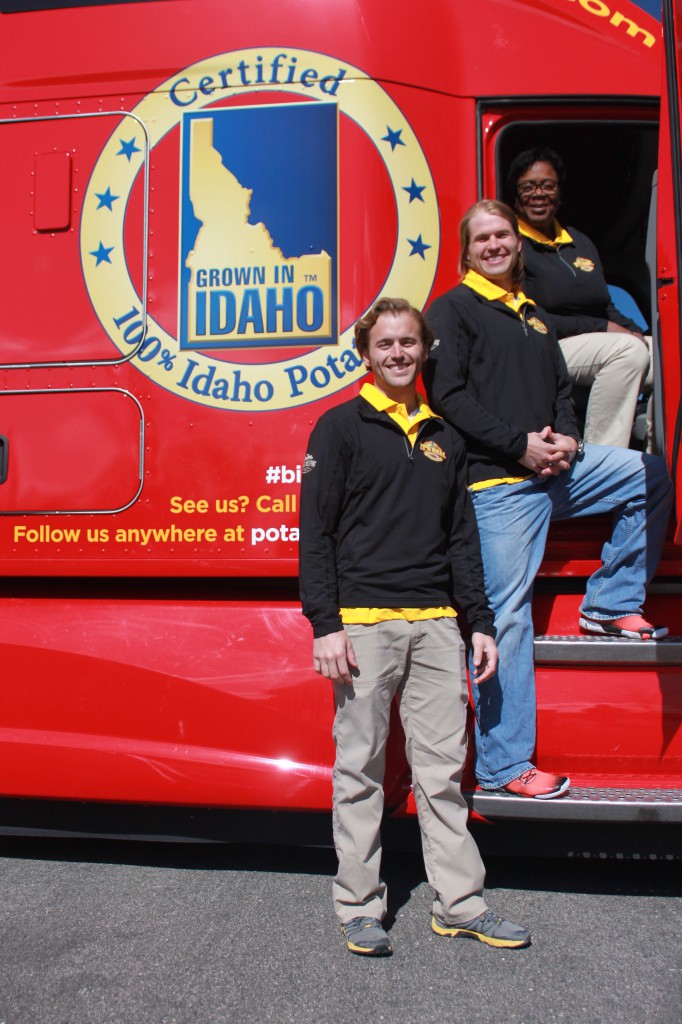 BOISE, ID (April 20, 2015) — The world’s largest potato on wheels embarked on its fourth cross-country tour with a new mission to help local charities across the U.S. In a five-month period, the truck will visit 60 cities, travel 22,087 miles and help dozens of charities better serve their communities.

“The Truck has always had a charitable component to it,” explained Frank Muir, President & CEO, Idaho® Potato Commission (IPC). “However the 2015 tour is going to be a little more personal.  We’ll be working with different charities in each market and helping them in ways that are tailored specifically to them. We already know that the truck brings smiles to people wherever it goes but now it’s also helping people and that feels pretty good.”

In Idaho, University of Idaho Extension 4-H Youth Development clubs and local food banks were the first to benefit from the truck’s new mission.  Eighteen 4-H clubs in nine counties across the state hosted a 12-day Food Drive Challenge. The Wild West 4-H club from Dietrich in Lincoln County won the Challenge by collecting 680 pounds of food and received $500 from the IPC to fund a community service project of its choice. To demonstrate its commitment to this new mission, the IPC made a 4,200 pound Idaho® potato donation to the Idaho Food Bank in Boise, which equals the total weight of the food collected by all the clubs.

The first stop on the 2015 tour will be the Kentucky Derby where the Truck will make its third appearance in the popular Pegasus Parade.  Other major stops on the Tour include NASCAR in Bristol, TN; the National Memorial Day Parade in Arlington, VA; and the Seafair Festival in Seattle. WA.  The Truck will also visit key retailers and foodservice operators located across the country.

For those who want to follow the Truck throughout the summer, www.potatotracker.com provides a live feed of the oversize spud, allowing visitors to see where it is any time of day.  There’s also a new toll-free number, 844-BIGIDAHO, folks can call to hear a special message from Mark “A Real Idaho® Potato Farmer” who appears in the IPC’s national television commercials.

Three people who love to travel, especially in a giant spud, make up the Tater Team.  Ellis, an experienced Tater Team member, is on board for his third tour and travels the globe when he’s not working with the Big Idaho® Potato. Adam is an outgoing Boise resident who will be bringing his fitness degree on the road. Phylliss is the first female driver and a self-proclaimed road warrior.  She is a professional marketing vehicle operator who has recently driven for several national promotional tours.  She’s ready to add driving a 6-ton potato to her resume! 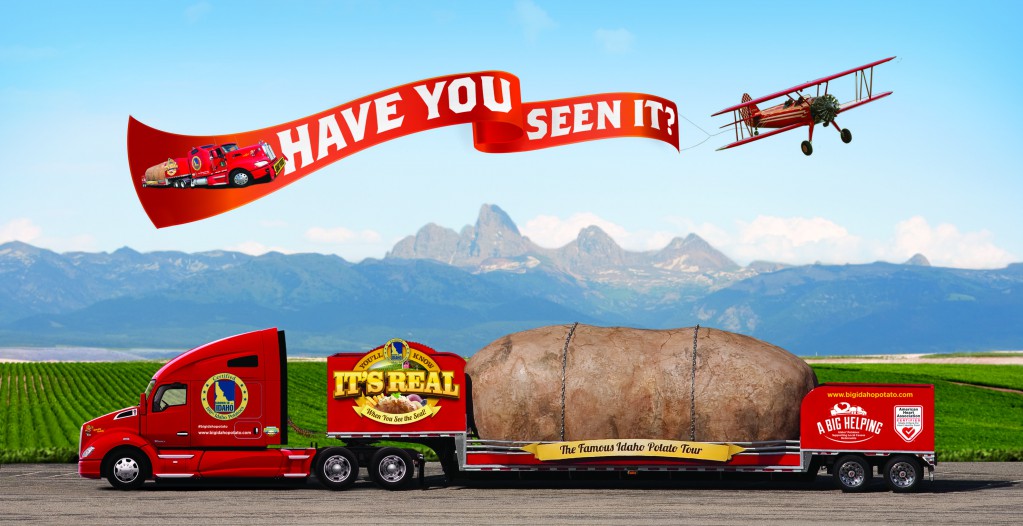 The Big Idaho® Potato weighs more than 6 tons (the equivalent of 32,346 medium-sized Idaho® potatoes). After being seen by hundreds of millions of Americans, the most frequently asked question is, “Is it real?”  We’ll never tell…but if it is, the Big Idaho® Potato:

To date, the Truck has visited 48 states (All but Hawaii, Alaska), traveled through 3000+ towns/cities and traveled 68,795 miles since its 2012 launch celebrating the 75th Anniversary of the IPC. The Big Idaho® Potato Truck was built by Chris Schofield and Sharolyn Spruce of Weiser, Idaho with the help of a few specialized contractors. The truck took a full year to design and build.

More than 55,000 youth are reached statewide with research-based programs that develop resiliency and life skills offered by University of Idaho Extension 4-H. 4-H is the nation’s largest positive youth development and youth mentoring organization, empowering six million young people in the U.S. through partnerships with 110 land grant universities across the U.S.

About the Idaho Potato Commission
Established in 1937, the IPC is a state agency that is responsible for promoting and protecting the famous “Grown in Idaho®” seal, a federally registered certification mark that assures consumers they are purchasing genuine, top-quality Idaho® potatoes. Idaho’s growing season of warm days and cool nights, ample mountain-fed irrigation and rich volcanic soil, give Idahoâ Potatoes their unique texture, taste and dependable performance, that differentiates Idaho® potatoes from potatoes grown in other states.