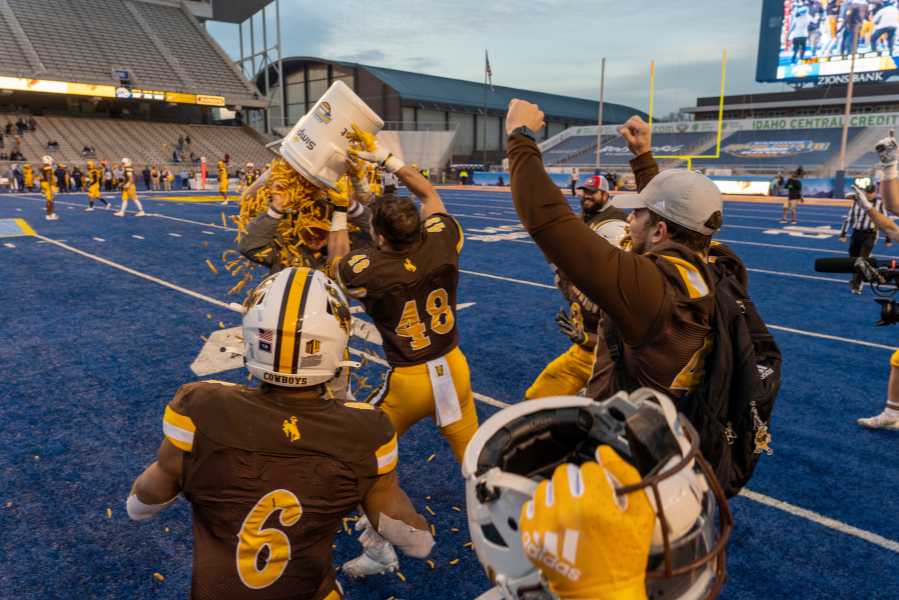 Eagle, ID, January 5, 2022 -- Idaho potatoes have been the naming sponsor of America’s most exciting cold weather bowl game, the Famous Idaho Potato Bowl (FIPB), for 10 years, and 2021 didn’t disappoint the fans in the stands and the two million folks who watched the high-scoring game live on ESPN.

While University of Wyoming defeated Kent State University, 52-38, and Wyoming’s Levi Williams was the first quarterback to complete 200 rushing yards and four rushing touchdowns in a bowl game, it was all about the potatoes.

The Idaho Potato Commission (IPC), the sponsor of the game, leverages every opportunity available to promote Idaho potatoes and the famous “Grown in Idaho” seal to keep America’s favorite vegetable top of mind for customers especially during the busy holiday season when they are shopping and dining out. Product mentions include:

In addition to the action-packed game, viewers tuned in for two other reasons:

The game also provides an opportunity to promote a few of the IPC’s other important programs:

The FIPB has also helped launch the careers of several well-known professional football players. Two of the most recent include:

Information on the 2022 Famous Idaho Potato Bowl will be made available mid-year.