Fall in Love with Idaho Potatoes

Valentine’s Day is the second busiest day of the year for restaurants with more than 25% of the population dining out (Mother’s Day is number one)! If you’re offering a special romantic menu on February 14th, be sure to include an Idaho potato dish or two.

February is also Potato Lover’s Month and we don’t know anyone who doesn’t love potatoes! Upscale, impressive and delicious doesn’t begin to describe Potatoes with Osetra Caviar Burned Brassicas. Chef Jamie Malone serves this appetizer at her restaurant, Brut in Minneapolis. Two tablespoons of potato beurre monté are poured in the center of a rimmed, flat-bottomed bowl. Four Parisienne-cut potatoes are positioned on the sauce in the center of the plate and a quenelle of caviar is placed between the potatoes. The garnish is pieces of crispy collards and broccolini. It looks like an edible piece of art!

Listed below are several other elegant Idaho potato recipes to whet your guests’ appetites. 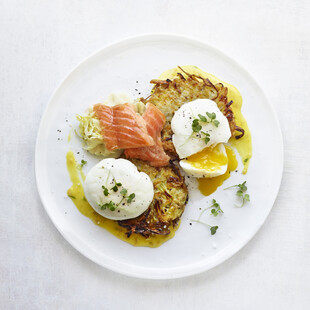 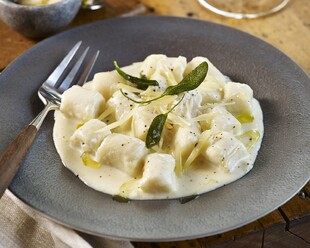 Gnocchi with Fried Sage and Truffle 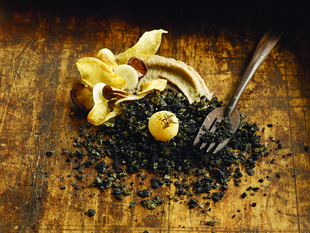 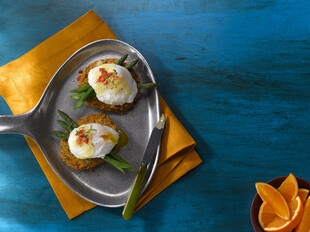 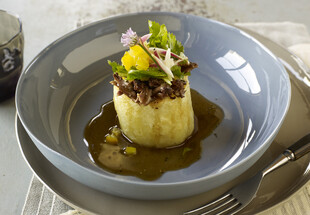 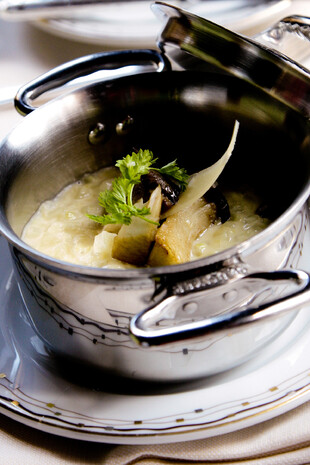 Idaho® Potato and Leek Risotto with Porcini Mushroom and Parmigiano 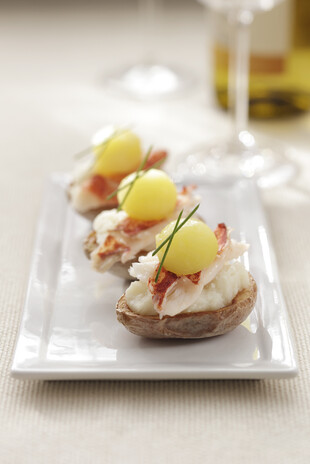 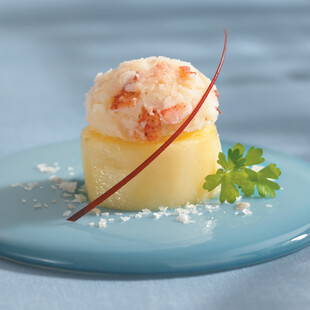 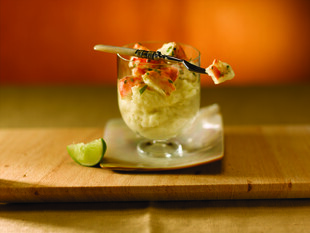 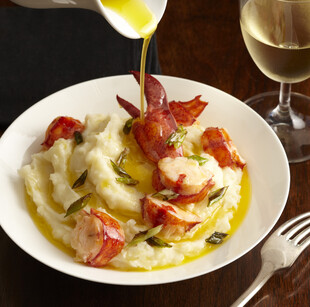 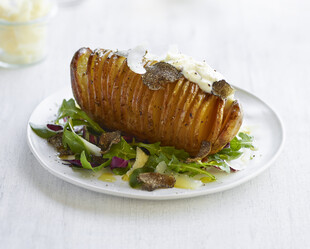