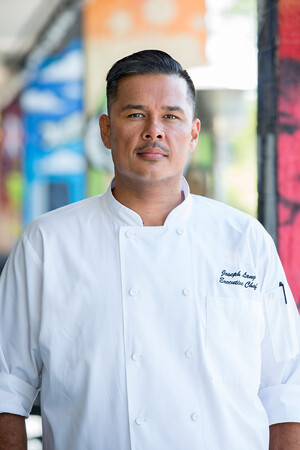 Perhaps it was fate that sparked Joseph (“Joe”) Lang’s interest in becoming a chef. Or, more likely, it was his upbringing.

The child of a dietician, Joe was brought up around food. During his freshman year in high school, he was bussing tables at a local, popular Italian eatery. “When they promoted me to washing dishes, I was the happiest person in the world,” he says.

He entered the Industry in the old-fashioned way, starting as a line cook at a local suburban diner. That position led to stints at some chain restaurants. It was then he decided to pursue a professional culinary degree. Joe entered and ultimately graduated from the International Culinary Arts and Science Institute outside of Cleveland, Ohio. “I felt having an education would make me more valuable,” he explains.

Joe’s hunch was on target. With real-life experience and a degree under his belt he began working at some of the hottest restaurants in Cleveland. Starting as a line cook at Boulevard Blue, an uber trendy restaurant in Cleveland’s inner ring neighborhood, he later became the sous chef and part of the opening team a Paladar Latin Kitchen, a Cleveland-based nouveau Mexican restaurant that has since opened in restaurants in Annapolis, Maryland and Philadelphia.

He was approached and joined award-winning Red, the Steakhouse in Miami as its opening sous chef. (Red has been named one of the Top 10 Steakhouses in the U.S.) With his heart in Cleveland, he returned to his hometown serving as sous chef at Washington Place, a bed and breakfast adjacent to the Case Western Reserve University campus.

In 2010, Joe reunited with the former chef at Boulevard Blue and award-winning chef Paul Minnillo at Flour, a contemporary Italian restaurant in suburban Cleveland, remaining there for seven years as chef de cuisine.

Still very much in demand, Joe was approached by the owner of Red, the Steakhouse to take top spot as Executive Chef for Red, the Steakhouse and Moxie, the Restaurant (a 22-year old, American culinary institution) in suburban Cleveland. He remains at the helm today, as he witnessed the decision to close Moxie to make way for the subsequent opening of Blu, the Restaurant, a newcomer to the Cleveland scene that specializes in fresh seafood. 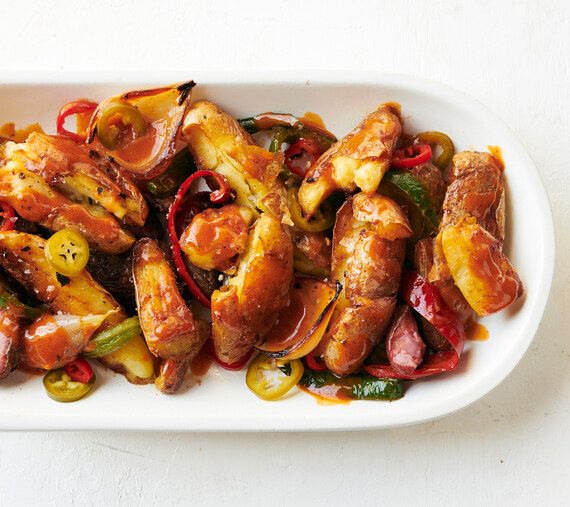