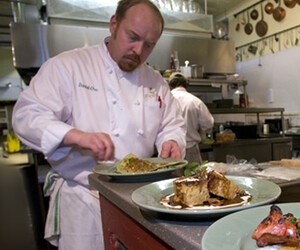 This establishment is the result of his work around the world, from New York to France to the Caribbean. To Orr, simplicity is beauty. As a chef, Orr draws from a lifelong curiosity about individual ingredients combined with extensive training in the art of finding food’s true essence and flavor. The result is simple, yet sophisticated; the best of American food tempered by classic European training. He calls his cuisine “real food.” By working in exotic places and traveling throughout the world, Chef Orr gives his “real food” a truly global accent.

Daniel spent his childhood in Columbus, Indiana, where his parents were serious food lovers. They grew apples, raspberries, black walnuts and wine grapes, and his mother taught bread-making, cooking, and herb classes. When Daniel wasn’t off catching crayfish and frogs, he was right there with his parents in the kitchen. There is even a newspaper clipping of a grade school Orr posing in front of his award-winning Spanish recipe at a junior high cooking competition. So it wasn’t a surprise when Orr decided to pursue a career in cooking.

His first summer job in the town’s only fine dining restaurant further fueled his interest and eventually led him to Johnson & Wales University in Providence, Rhode Island. After graduating with a bachelor’s degree in restaurant management, he headed abroad. Orr spent two years working at some of the top restaurants in France, including Auberge des Templiers, Restaurant Daguin, the three-star L’Espérance, and the three-star Restaurant Bruneau in Belgium.

Upon returning to the states in 1992, Orr settled in at New York’s famed French restaurant, La Grenouille. There he moved up the ranks to executive chef, and in 1997, at age 34, he earned a three-star review from the New York Times. That same year, Orr published his first cookbook, Daniel Orr: Real Food (Rizzoli); a collection of recipes for simple, quick, everyday meals, as well as menus for sophisticated entertaining. He also created Kitchen D’Orr, a line of ten spice blends perfected in his own kitchen.

In 1999, Sir Terence Conran asked Orr to become the executive chef of his first U.S. restaurant: Guastavino’s in New York City. It was here that Orr was able to experiment and blend all of his training to create menus that defined his signature style. A lover of the sun, Daniel spent many vacations away from New York, diving and exploring the Caribbean Islands. As fate would have it, in 2004 he was invited to become the executive chef of the CuisinArt Resort & Spa in Anguilla BWI. He enlisted island native Franklyn Brooks to develop an organic vegetable garden to supplement the pristine offerings from the resort’s extraordinary hydroponic farm. Combining the island’s fresh organic produce, poultry, fish and heritage meats with his culinary experience, he created a healthy cuisine that was a perfect match for the beauty of Anguilla’s beaches.

FARMbloomington is the first Orr-owned establishment. Chef Daniel traveled to his home state of Indiana to open this multi-faceted culinary complex, consisting of a restaurant, market, bar, and music venue. The focus is on the local and fresh ingredients Orr incorporates into his menu items. The fusion of island cuisine and Midwest American cooking is the prime emphasis at FARM. It is the culmination of his entire culinary career, from his parents’ kitchen in Columbus to the CuisinArt Resort & Spa in Anguilla. In the market section of FARM, Orr’s personal line of spice blends are available, as well as all of the other Kitchen D’Orr products. FARMbloomington celebrates the best of the heartland and Indiana. Products and produce utilized in dynamic, innovative and flavorful dishes translate into “real food for real people!” 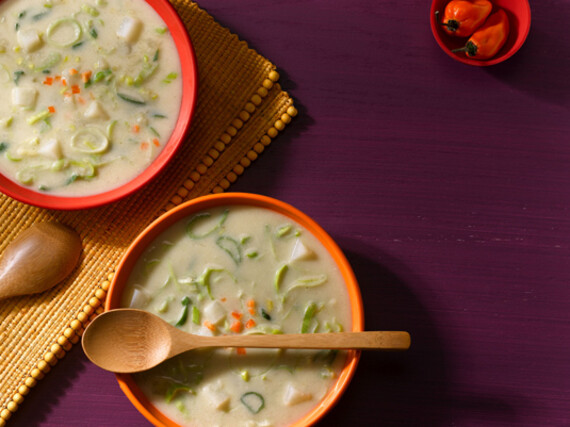