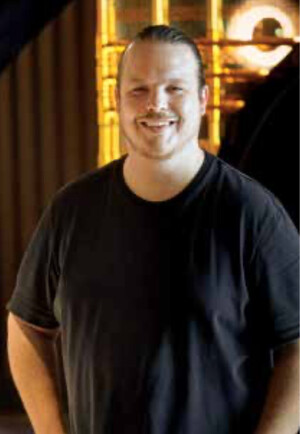 Cooking from raw ingredients and offering a multi-sensory experi- ence is how Chef Brad Kilgore navigates his four very different restaurants in Miami. “The common thread is making dishes from scratch and sourcing quality ingredients,” he says. He introduces new flavors, ingredients and techniques to the table and educates guests with descriptive menus and a well-informed staff.

After reading about yakitori, he became fascinated with how simple yet complex it was. Rather than bite-sized pieces of chicken served in traditional Japanese yakitori, Kilgore uses Idaho® Fingerling potatoes. To keep the potato skin from splitting, he begins with cool, unseasoned water and brings the potatoes to a gentle simmer. He then adds seasoning, brings to a boil, then lets the fingerlings sit overnight so the flavor penetrates the potatoes. Next the fingerlings are grilled until slightly charred. “The skin holds the flavor. The texture inside is custard-like. The potatoes take on a great flavor with a little smokiness to them.” But he warns: “If you overboil the potatoes, the starch cells explode and you’ll get a gummy texture.”

Kilgore’s Charred Fingerling Yakitori dish is served as an appetizer with a house-made sauce. “When tasting, umami comes first from the parmesan in the truffle crème and the dashi glaze, followed by the silky texture of the potato,” he says. “The smokiness of the grill adds depth.” He is intrigued by learning new things and finding new inspirations. “My style is ever-evolving, just like our restaurants.”

Brad Kilgore was a semifinalist for the James Beard award for Best Chef: South in 2018. Of Miami he says: “It’s a young city coming into its own. Creative people are putting their time and effort into new offerings.” 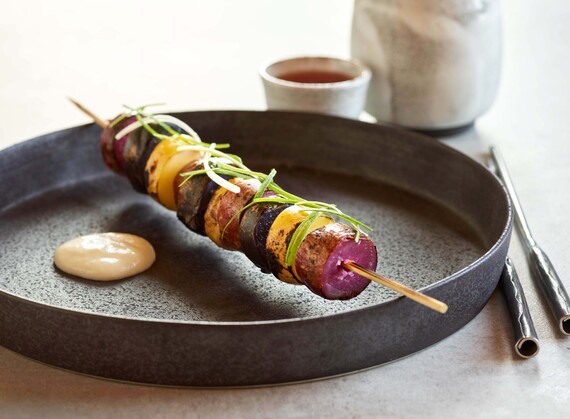