FOLLOW THAT SPUD! IDAHO POTATO COMMISSION BRACES FOR A WILD RIDE IN PURSUIT OF THE ELUSIVE BIG IDAHO® POTATO TRUCK IN ITS NEWEST COMMERCIAL 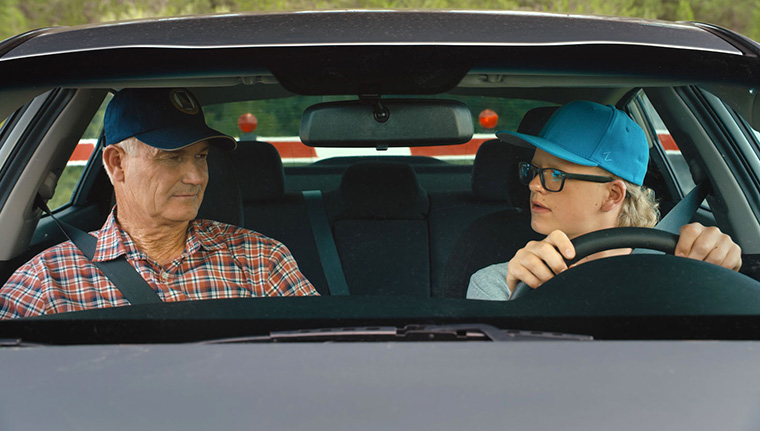 “The commercial is strategically scheduled to air during the months when the Truck is not traveling, allowing us to cost-effectively create what is essentially a year-round national advertising campaign,” said Frank Muir, President and CEO, IPC. “The fan base for Farmer Mark and his never-ending search for the Big Idaho® Potato Truck, and the fun-loving Tater Team, continues to grow. Most importantly, the entire campaign is still effectively engaging consumers and communicating important information about the Idaho® potato brand.”

“Student Driver” continues to focus on the ongoing search for the Big Idaho® Potato Truck. Now stranded in the tricked out 1955 Studebaker, the reluctant hero, Farmer Mark, returns to the small screen, plotting to find another way to catch the elusive Big Idaho® Potato Truck on its expeditious journey across the country. Farmer Mark is in for the ride of his life when he blindly jumps into the passenger seat of an unsuspecting, lead-footed, student driver. See what happens next by viewing the commercial on IPC’s YouTube Channel: https://youtu.be/P54jqF93mBA

About The Idaho Potato Commission
Established in 1937, the IPC is a state agency that is responsible for promoting and protecting the famous "Grown in Idaho®" seal, a federally registered certification mark that assures consumers they are purchasing genuine, top-quality Idaho® potatoes. Idaho's growing season of warm days and cool nights, ample mountain-fed irrigation and rich volcanic soil, give Idaho® potatoes their unique texture, taste and dependable performance, which differentiates them from potatoes grown in other states.