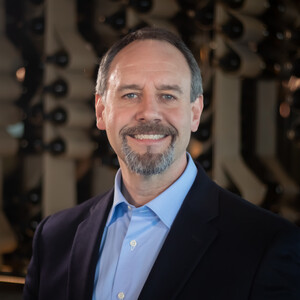 
The culinary fire of Matt McMillin has been burning since he was 4 years old.  Today, McMillin, 50, has fostered that fire into a career as a chef, educator, cookbook author, and most recently Vice President of Culinary & Beverage Innovation for Cooper’s Hawk Winery and Restaurants.

In May, 2010 McMillin joined Cooper’s Hawk Winery & Restaurants, the Midwest’s first and only winery and restaurant under one roof and winner of Nation’s Restaurant News’ “2010 Hot Concept Award”.  Blazing the trail of a cut throat industry, McMillin has been charged with leading culinary and beverage Innovation of this concept for tomorrow, for guests to enjoy today.

In the year prior to Cooper’s Hawk, McMillin served as partner to a restaurant consulting company and as an expert on Chinese and Southeast Asian cooking, led the growth of Chicago’s famed Big Bowl restaurant for over a decade.

Matt was a partner in Chicago’s prestigious Lettuce Entertain You restaurant group for 15 years, opening a number of concepts including Big Bowl, Ben Pao, Mity Nice Grill, Shaw’s Crab House, Vong’s Thai Kitchen, amongst others.  He has also lent his skills to many of Chicago’s fine French restaurants such as Carlos, Le Francais, and Café Provencal.

In 2000, Matt co-authored Big Bowl Noodles and Rice, a guide to making fresh, full-flavored cuisine accessible to the home cook.  Passionate about teaching and being part of the Cooper’s Hawk communities, Matt makes regular television, radio, and teaching appearances throughout the country and recently served as a judge on the Thanksgiving edition of Bobby Flay’s Throwdown.

Chef McMillin is a graduate of Kendall College, where he received the Escoffier Award for Culinary and Academic Excellence.  He continues his work at Kendall as a frequent teacher, guest speaker, and Culinary Advisory Board Member.

He is a founding board member of the GCIA, Global Culinary Innovators Association.  A group designed to collaborate on menu innovation with mid to large sized growth restaurant concepts across the country.

A Chicago native, Matt enjoys competing in triathlons, completing his first Half Ironman in September, 2018, and cooking for friends and family.  Today Matt resides in Glenview, Illinois with his wife Susan and two children, Madeline and Michael and their two dogs!