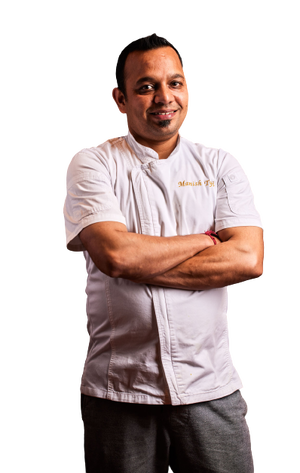 The idea for Mr. Potato originally came from tornado potatoes, those that you often see at festival stalls. Our version at Aurum has a spiral that isn't expanded quite as much. The team was also hoping to make a connection to potato chaat through the dish. Whereas potato chaat is normally covered with a variety of chutneys that hide the potatoes, Aurum's Mr. Potato is a much more modern take that is served on top of the chutneys with a sprinkling of recognizable Indian spices.

"The size of Idaho® potatoes is best for making Mr. Potato's dramatic spiral. Other than cleaning the skin, we leave it on the finished product because it lends a nice earthy flavor and crunchy texture as well. Throughout the cooking process, the potatoes always hold their shape and crisp beautifully." 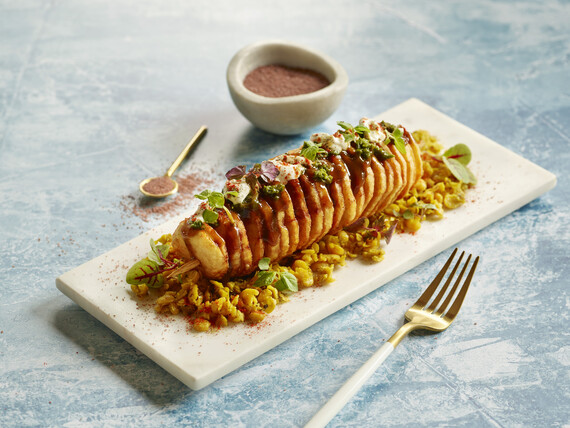