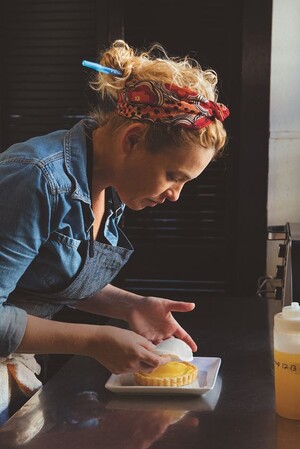 Kristen Essig brings more than 18 years of experience to her role as executive chef at Meauxbar. Born and raised in Florida, Essig’s passion for food and cooking began at an early age as she spent time in the kitchen with her mother and grandmother. After graduating from Charleston’s Johnson & Wales Culinary School in 1998, Kristen remained in Charleston to work under James Beard award-winning chefs Frank Lee of Slightly North of Broad and Louis Osteen of Louis’ Charleston Grill.
In 2003, Essig relocated to New Orleans, kicking off her Crescent City culinary career under chef Emeril Lagasse at Emeril’s. While in New Orleans, Essig has worked with the city’s most celebrated chefs, including chef Susan Spicer at Bayona Restaurant, chef Corbin Evans at Lulu’s, chef Greg Sonnier at Gabrielle, as well as chef Anne Kearney, her mentor, at the famed New Orleans restaurant, Peristyle. In 2012, Essig left the kitchen to join the Crescent City Farmers Market as market manager. While in this role, she cultivated strong relationships with local farmers, producers and vendors, which furthered her appreciation for quality, local ingredients. In April 2013, Essig returned to the kitchen as executive chef at Sainte Marie, which became Meauxbar in May 2014.
In 2015, she was nominated for Food & Wine Magazine’s The People’s Best New Chef award, was listed as Thrillist’s New Orleans chefs you should watch, was recognized by Elle Magazine in their feature “30 restaurants where women call the shots”, and was featured by Coastal Living as one of five coastal chefs to watch. 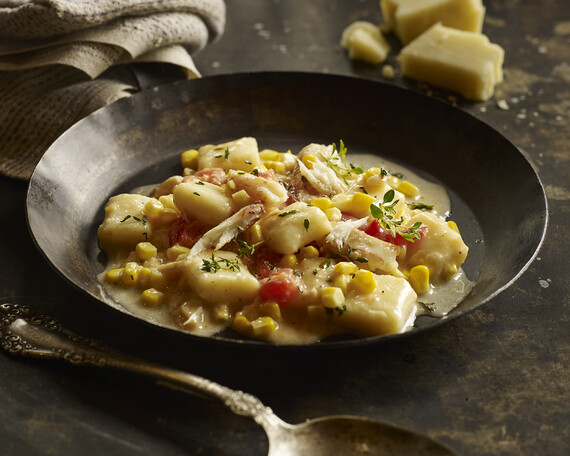