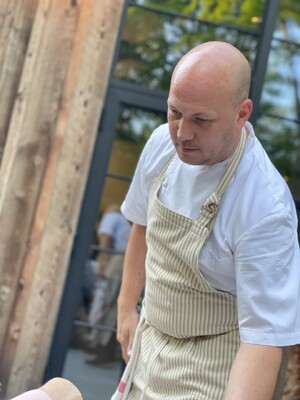 Carlisle’s Ardent has been named one of the 15 best new restaurants by Condé Nast Traveler; Best Restaurant in the State of Wisconsin by the Business Insider; and Carlisle was named semifinalist for Best New Restaurant by the James Beard Foundation in 2014. Justin is a James Beard Awards nominee for Best Chef Midwest for 2015, 2016, 2017, 2018 ; and he has been named nominee again this year on the same category. Plate Magazine named him one of the top 30 chefs to watch in 2016.

This is a dish comes from Lucia’s memory of Monterrey, Mexico. In her grandmother’s house, her mother’s kitchen or on the taco carts on the streets; the potato taco is always there. We tried to bring into our taco shop a dish that is simple, delicious, nostalgic and that added a vegetarian option to the taco menu. It has a kick, like spicy Mexican food has; yet it is friendly to those who are not used to it.

Just like our tacos, Idaho potatoes bring familiarity, tradition, and nostalgia. An ingredient that is always in our memory. 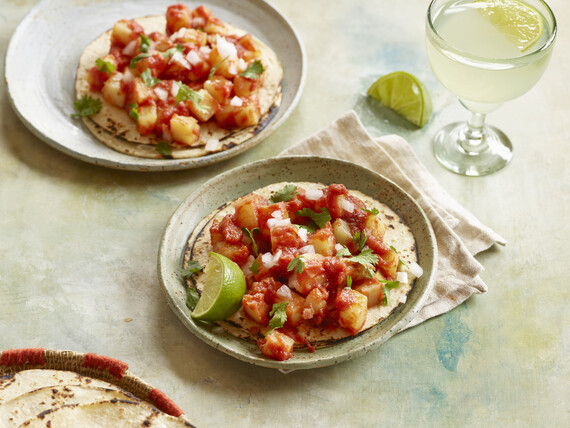