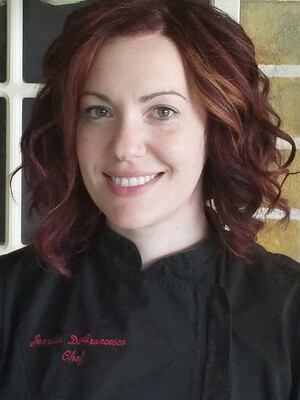 In August 2016, she created an all-plant-based Dining Station with her team called Pitchforks that received local and national attention.

She is the recipient of the 2016 Chartwells MidAtlantic VP Award, the 2017 Compass Be-A-Star Award for Innovated Concepts, and has been recognized by WNY VegFest for her work within the vegan/vegetarian local community.

DiFrancesco is also a freelance consultant with the Humane Society of the United States, helping teach their Forward Food program (which teaches how to make amazing plant based meals) to colleges and universities.

She says, “Actually the Nacho Cheese recipe in this Overload Potato recipe, was originally from my good friend Ken Botts (with the Humane Society). He showed me this drool-worthy recipe, and I started to tweak it and adding a few flavors to it and poured it over a baked potato or over crispy French Fries! And I mean, come on, how cool is it that you can make cheese from Potato and Carrots?” 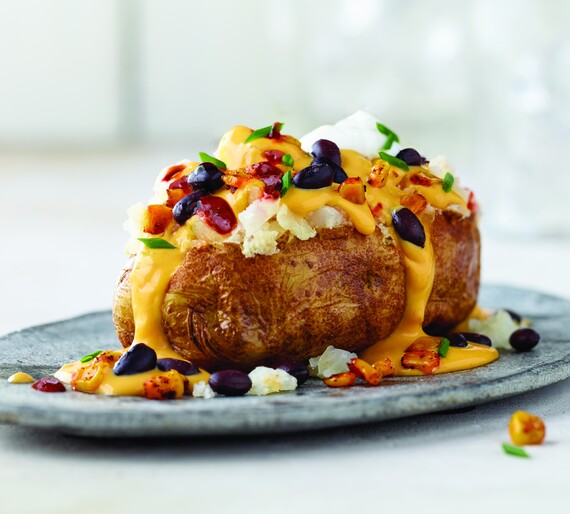