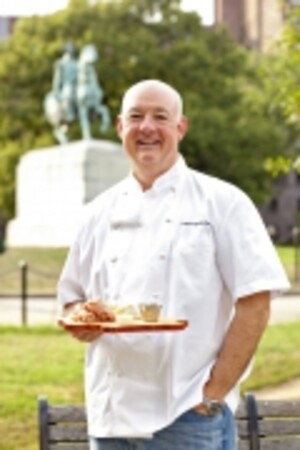 
District Commons
Washington, D.C. Tunks attended the Culinary Institute of America where he received the prestigious Frances L. Roth Award for outstanding performance. From there, he served an externship under Dean Ferring at the Veranda Club in Atlanta, transferring with him to the Mansion on Turtle Creek in Dallas, where Tunks worked at its sister restaurant Mistral. There he met his mentor, the classically French-trained chef Takashi Shirmaizu, who introduced Tunks to the idea that the foundation of every great dish is superior ingredients and solid cooking techniques.Tunks first landed in the nations capital in 1987 as opening executive chef at the popular River Club Restaurant in Georgetown. In 1991 he ventured west to the luxury seaside resort Loews Coronado Bay, where he used the riches of the Pacific at the award-winning Azzura Point. Tunks next challenge was yet again coastal, this time the Gulf coast. At The Grill Room at the Windsor Court Hotel in New Orleans, Tunks secured a "Best Restaurant" rating from Gourmet in 1997 and earned five Mobil stars for the Grill Room, the highest achievable mark.Shortly after, Tunks headed back to the nations capital, taking a team of talented chefs with him from New Orleans and opening his first restaurant, DC Coast in June of 1998 - which continues to thrive to this day as one of DCs most iconic dining institutions. In August 2000, Tunks and his partners launched TenPenh, where they delighted diners with Southeast Asian-inspired cuisine for 11 years until it closed in 2011. Bon Appetit, Gourmet, Wine Spectator, The Washington Post and Travel + Leisure all praised TenPenh during its time. September 2003 saw the rise of yet another side of Tunks culinary passions, Latin American and Caribbean fare, with the opening of Ceiba restaurant. Two years later amid great anticipation, Tunks launched Acadiana, featuring modern interpretations of Louisiana fish house classics, a cuisine dear to his heart since his years in New Orleans. It has been named one of The Top 20 Restaurants in America (2006) by Esquire Magazine. In October 2008, Tunks opened PassionFish in Reston, Virginia - a twenty-first century rendition of DC Coast, taking its tri-coastal seafood theme to a global level. As of 2011, Jeff Tunks was able to place his name and innovative ideas behind two new restaurants—District Commons and Burger, Tap & Shake—sister concepts that highlight fine American cuisine and a variety of casual but high-quality burgers, fries, and shakes (respectively). Opened in early 2012, Jeff Tunks and his partners opened the doors to their seventh venture - Fuego Cocina y Tequilera - a temple of authentic Mexican cuisine serving robust, fresh and traditional dishes finely tuned to the Tunks hallmark technique-driven quality. 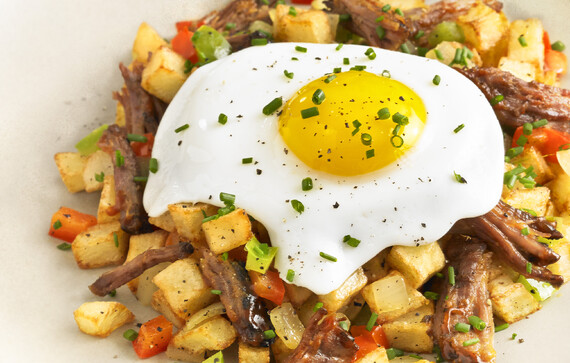