In between those bites of life-saving pizza, do people ever have one of those existential moments and wonder where it all came from? That’s where Donette Beattie comes in. She’s Toppers Pizza’s new vice president of supply chain, and she’s ready to make sure customers are getting the tastiest and highest-quality ingredients possible.

For more than 30 years, the food world has been Beattie’s way of life. Armed with a degree in nutrition and food science, her plans to become a dietitian were pleasantly derailed when she stumbled into the restaurant industry. Over the years, she worked her way through the business, first with Sysco Food Services, and then onward to Country Kitchen International, where she served as the vice president of purchasing and product development. Culver’s and Steak n’ Shake came next, and it was at these two franchises that she honed her skills as vice president of supply chain. Then in January 2016, she decided to make her first foray into the world of pizza, joining the team at Toppers Pizza.

I didn’t have background in the pizza industry, but for me, that was the allure, to work in a category that’s new. I really wanted to be a part of the fun of selling in the pizza business and no one is more fun than Toppers, Beattie said.

But Beattie didn’t want to be a part of just any pizza restaurant, she wanted to join a concept that could truly shine in a competitive industry that’s becoming increasingly saturated. Toppers was a breath of fresh air for Beattie, and ultimately, it was the brand’s core values that really helped make her decision. The basic, yet admirable, principles of integrity, passion and fun resonated with her, and she was mesmerized by Toppers’ simple and earnest guiding ideologies.

Many companies have long, drawn out mission statements and core values, but the culture of the company and the actions of the people don’t reflect those sentiments, they’re just lifeless words on paper, Beattie said. Toppers is the opposite! There aren’t many companies out there who not only ask team members to be passionate about what they do, but rather inspire them by building something special every day while having fun doing it. It was spot on with my personal core values.

Since starting in January 2016, Beattie is already teeming with creative ideas that she hopes will inject Toppers’ five-star system with even more synergy, energy and passion. And in a tribute to her roots, her work starts with nutrition. Putting continued care into detailing Toppers’ ingredients is just the beginning of her job. In addition, Beattie will be reviewing all suppliers for food safety process and protocol.Another key focus as the vice president of supply chain is to boost culinary innovation, something the brand is already quite familiar with, as evidenced by its variety of Topper stix and unconventional pizza toppings. Beattie hopes to bring her enthusiasm and many years of product development experience to the innovation team. 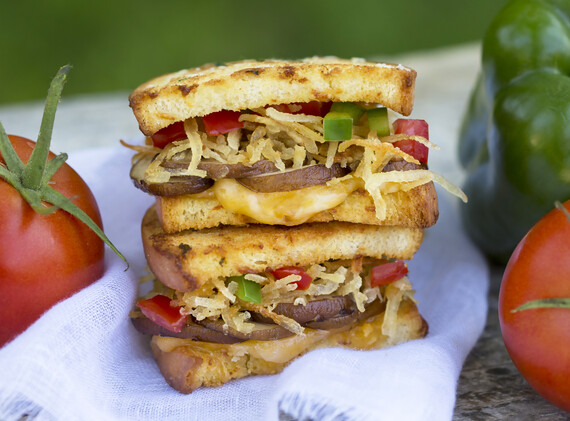