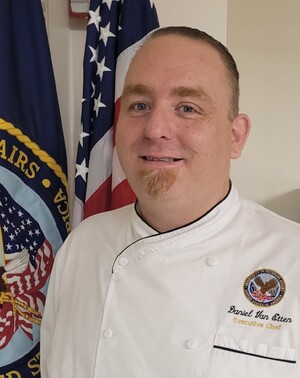 
Daniel Van Etten is the Executive Chef for the VA Boston Healthcare System. Chef Dan came on board with the Department of Veteran Affairs in 2020 after being with Rhode Island Hospital for ten years. Prior to that Chef Dan was in the Full Service Restaurant sector of the hospitality industry where he was at multiple different 4 and 5 star restaurants on the east coast and west coast. Chef Dan graduated Johnson & Wales University with his Associates Degree in of Science in Culinary Arts in 1998 and Bachelor’s Degree in Food Service Management in 2017. Chef Dan is a member of the World Chefs without Boarders Organization and an active member in the American Culinary Federation Rhode Island Chapter where he has served as Vice President, President and currently Chairman of the Board. Chef Dan received the Chef of the year award in May of 2015 and continues to be recognized by his local chapter for his contributions and service to the culinary community. Chef Dan also mentors local students, as interns and veterans enrolled in outpatient programs at the VA. Daniel donates a good portion of his time by being involved with his twin daughters’ AAU Girls Basketball team and the local town recreational girls’ basketball organization. Chef Dan's daughters are both on the Varsity girls basketball team at Cumberland Highschool in Cumberland, RI. Chef Dan’s most recent accomplishments include the implementation of IDDSI (International Dysphagia Diet Standardization Initiative) across the VA Boston Healthcare System, Room Service implementation at Rhode Island Hospital and the launch of the Simple Spoon Food Hall Concept which was first of its kind in a healthcare setting. Chef Dan is a Certified BBQ Judge with the Kansas City BBQ Society and continues to develop his professional growth any way he can by constantly learning from his peers and mentors. Daniel is originally from Los Angeles, CA. He graduated from Simi Valley Highschool in 1995, and currently resides in Cumberland, RI with his wife and identical twin daughters. 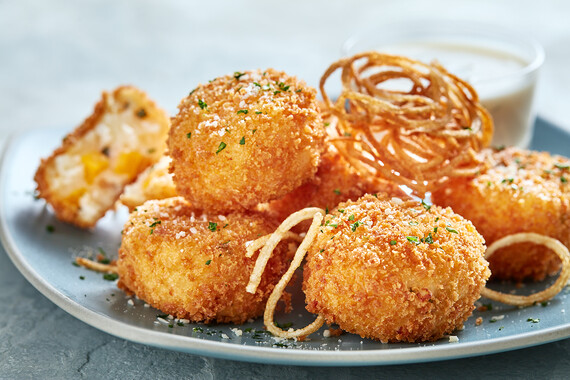