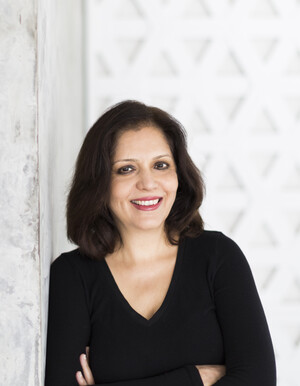 “Idaho® potatoes work well in so many of our recipes and complement our methods of preparation.”

Making the Regional Flavors of India Approachable and Enjoyable

I've always loved to cook. As a teenager in India, however, there were no credible opportunities for women in the culinary arts. It wasn't until I moved to Houston years later after a career in microbiology that opportunities became apparent.

Having travelled throughout India, I learned to appreciate regional flavors, discovering a natural affinity for spices and innovating with spice blends. I've also found that I’m a voracious and fearless cook. With the talented group of culinary professionals in my kitchen, we embrace challenges and rarely give up on an exciting new idea.

When it comes to potatoes, I love the way they taste, and I find them incredibly versatile and easy to integrate into dishes. The Idaho® Russet used in my Potato Cakes with Mango Chutney provides just the right texture and complements the other ingredients nicely. In general, no matter which variety we use or how it's prepared, Idaho® potatoes cook up nicely and are always well received. In the recipe, the Idaho® Russets yield a fleshy potato cake that absorbs the flavors of the yogurt filling and contrasts nicely with the sweet and spicy chutney.

I’m frequently asked if my menu represents authentic Indian cuisine. It's important to understand that because India was ruled for hundreds of years by the Persians, Mongols, British, Portuguese and French, with each contributing their own foodways, the idea of authentic Indian food is a myth. As such, the food I prepare today is a blend of East and West and it’s been consistently appreciated. 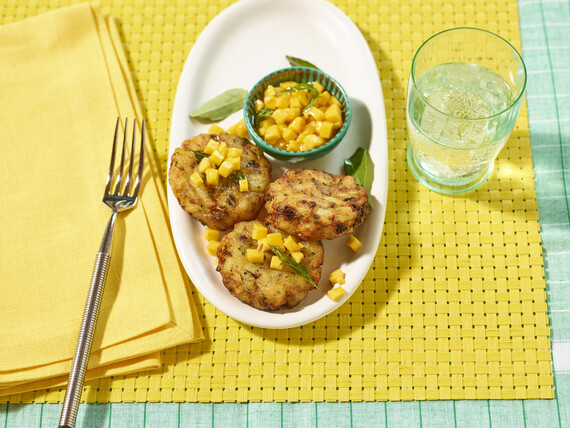