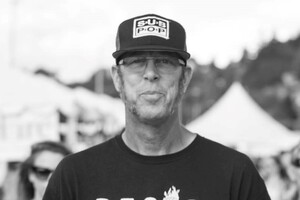 Andrae Bopp, a St. Louis native, has been passionate about food and wine his entire life. Food was always at the center of his life from his high school days in Heidelberg Germany, to when Andrae graduated with top honors, from the French Culinary Institute located in New York City.

Following graduation, Andrae worked and interned in some of the world’s finest restaurants; including Bouley, Danube, Balthazar and Le Bernardin, a Michelin Three Star restaurant. Andrae’s opened in Boise Idaho, to rave reviews in 2004. Since its inception, Andrae’s was a regional, if not a national destination restaurant and transformed the local dining scene in Boise. Andrae’s was known throughout the Pacific Northwest for the numerous wine dinners with some of the industry’s top winemakers and his work with local farmers, including starting the “Farm to Table” movement in Boise.

In the summer of 2008, Andrae relocated to Walla Walla, with the plans of combining his love of food with his passion for wine. This came to fruition as Andrae worked harvest and was involved with the blending trials and daily winemaking responsibilities for Dusted Valley Vintners. His hard work and eagerness to learn was rewarded with Andrae being named the Assistant Winemaker and Executive Chef for Dusted Valley Vintners in Walla Walla.

In 2012, Andrae opened a permanent restaurant inside the Cenex Convenience Store and has been garnering National attention and awards since, including: Pacific Northwest Caterer of the Year (2012), Best Food Truck Restaurant in North America (2016), Best Gas Station Breakfast in America (2016). And as been featured in The New York Times, Travel and Leisure Magazine, USA Today, Food and Wine, Wine Enthusiast, Sunset and many other Regional and National publications. In 2019 Andrae’s Kitchen will be featured on The Cooking Channels show Food Paradise, as he continues to push the envelope with his creative “Gas Station Cuisine”. Over the last 15 years, Andrae has redefined food and dining in the Northwest with his creative and out of the box thinking.

In 2014 Andrae teamed up with Minam Store Outfitters and began their Wine and Food on The River trips, featuring gourmet dinners all paired up with Walla Walla Wineries, served each night at camp, on the Grande Ronde and Salmon Rivers as well as in Hells Canyon on the Snake River.

Andrae is married to Michelle and has a daughter Kyndra. In his spare time, he enjoys traveling to Mexico, white water rafting, hiking, back country skiing as well as spending time with his family and his 4 Newfoundland dogs.