Potatoes Around The World May 2018

Total U.S. potato exports in 2017 gained 5 percent in volume and value, with fresh up 6 percent, dehy up 3 percent and frozen and chip up 1 percent.

The IPC is continuing to help expand Idaho potato exports in 2018 with a number of initiatives already on tap, including supporting the recent launch of dehy in three Central American countries. An IPC trade mission to Mexico is also on the calendar for July, and promotions are in the planning stages for major retail chains in Malaysia and Singapore.

With IPC’s support, Idaho dehy has exceeded sales expectations after a January debut with Walmart in Costa Rica, El Salvador and Guatemala. After just two months sales were already double the rate of non-Idaho dehy with sales of $5.2 million!!!

IPC and Imalinx, the IPC’s Latin America office, put Idaho potatoes on the menu at a March consumer cooking program in Guatemala City.

Partnering with Guatemala’s NuChef Distrito Gastronómico, an interactive experience for consumers looking to hone their cooking skills, IPC and NuChef provided recipes for an entire meal using Idaho potatoes. The 36 participants were greeted with fresh Idaho potato chips and then tried their hands at creating loaded baked potatoes with chicken, corn and au gratin, salad, and picture-perfect potato donuts for dessert.

A current Idaho customer, Guatemalan based Grupo Dispersa, provided fresh Idaho russets for the event, and the company’s executive chef offered his expert assistance to the cooking students as they worked. 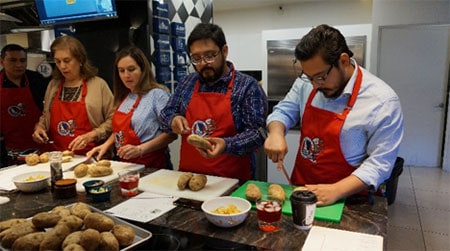 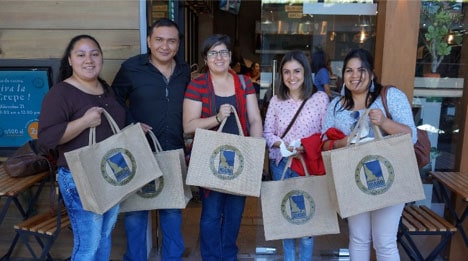 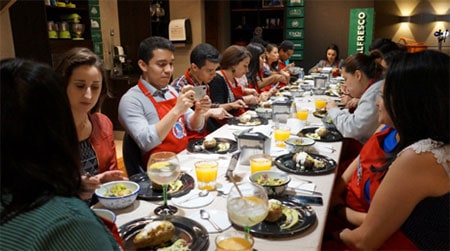 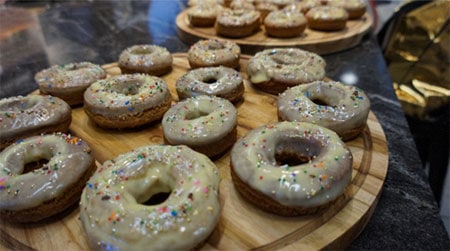 Idaho potato donuts rounded out the meal at the Distrito Gastronómico event in Guatemala City.