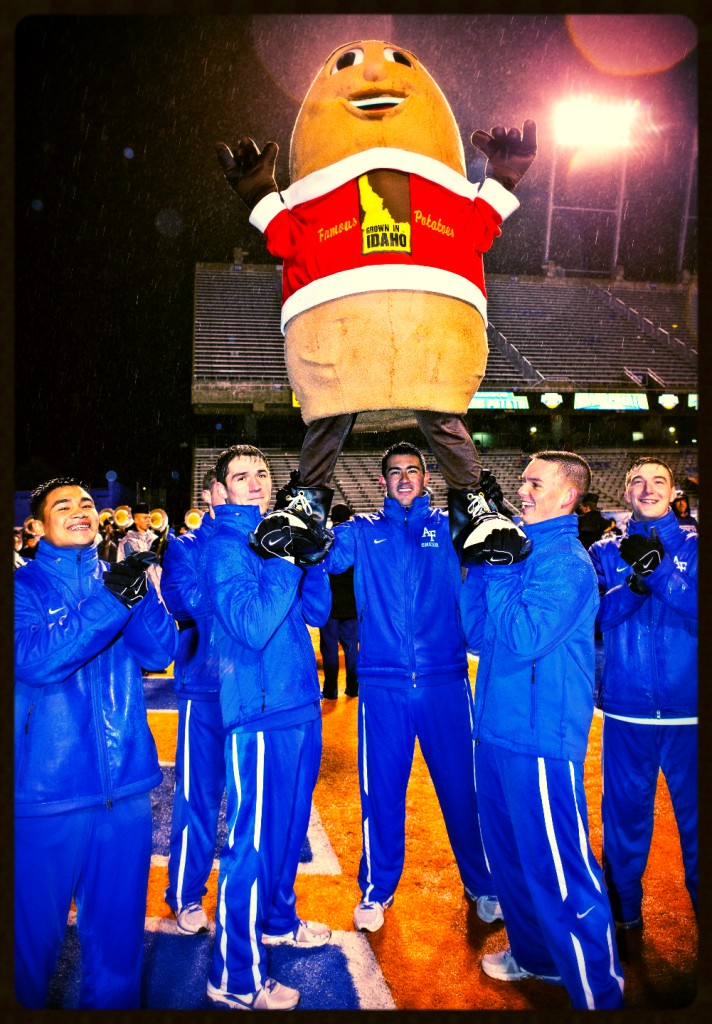 “This is our fourth year as title sponsor of this 18 year-old bowl game and it continues to provide tremendous exposure for the Idaho potato brand. We want to remind consumers at as many touch points as possible to always looks for the ‘Grown in Idaho' seal when purchasing potatoes,” explained Frank Muir, President and CEO, Idaho Potato Commission (IPC). “From the name of the game, to the signage in the end zones and sidelines, to the numerous commercials that air during the game, our goal is to keep folks hungry for Idaho potatoes.”

Recognition during the game included:

This year, two special guests were in attendance. Miss Idaho, Sierra Sandison, flipped the specially-commissioned commemorative coin during the coin toss and posed for pictures with hundreds of fans. Between the third and fourth quarters, IPC Chairman Boyd Foster and Frank Muir presented Brady Murray, the founder of RODS Racing, a non-profit organization that helps find homes in the U.S. for orphaned children in other countries with Down syndrome, a check giant-sized check for $25,000. The IPC has been a proud supporter of RODS for two years and the resources provided by the IPC have helped find loving families for 18 children.

The Great Big Idaho Potato Truck
Outside the stadium, the Big Idaho Potato Truck, also known as “the largest potato on wheels,” was helping to raise awareness for women’s heart health. During its 2014 Tour, the Truck was a supporter of the American Heart Association’s Go Red for Women Movement, encouraging women across the country to live a healthier life, including eating the right foods like potatoes. A pledge poster was set-up at the Truck and for every signature collected, $1.00 (up to $500) was donated to the Boise American Heart Association chapter.

About the Idaho Potato Commission
Established in 1937, the Idaho Potato Commission (IPC) is a state agency that is responsible for promoting and protecting the famous “Grown in Idaho®” seal, a federally registered certification mark that assures consumers they are purchasing genuine, top-quality Idaho® potatoes. Idaho’s growing season of warm days and cool nights, ample mountain–fed irrigation and rich volcanic soil, give Idaho® potatoes their unique texture, taste and dependable performance. These ideal growing conditions are what differentiate Idaho® potatoes from potatoes grown in other states. For more information, visit: www.idahopotato.com.

About the Bowl
The Famous Idaho® Potato Bowl recognizes the positive impact teams, coaches and student-athletes have in their communities and their leadership roles in promoting humanitarian efforts. Each year, the Bowl generates over $1 million in direct economic impact for the facilities and charities involved.

The Famous Idaho® Potato Bowl is one of 11 postseason games owned and operated by ESPN Events, a subsidiary of ESPN.