Austin conducted 35 live television interviews via satellite and shared her tips on how to use the latest technology to get in shape, as well as a few of her favorite heart-healthy Idaho® potato recipes. 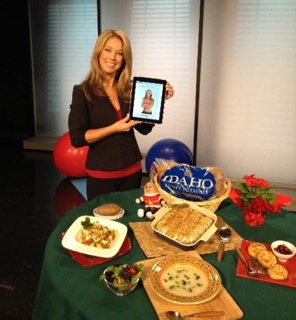 Recognizing the importance of both diet and exercise as part of a healthy lifestyle, Austin communicated the importance of eating foods rich in complex carbohydrates and showcased her favorite healthy Idaho® potato recipes. These included adaptations on classic dishes, such as the Low-Fat Idaho® Potato Gratin, which uses low-fat cheese and milk, as well as flavorful new creations, including Heart-Healthy Idaho® Potato Pumpkin and Pepita Patties. For our complete collection of heart-healthy Idaho® potato recipes, visit
» http://www.idahopotato.com/heart_healthy_recipes

Austin also discussed the ease and benefits of getting fit without belonging to a gym. She shared easy ways to exercise at home or at work using a variety of customizable electronic services, including her Denise Austin Fitness iPhone app. The free app serves as a portable personal trainer, offering at-home exercises, nutritious recipes and advice on how to make smart choices when dining out. In addition, Austin demonstrated easy and office-appropriate exercise moves, such as tummy crunches. Simply squeeze the stomach for five seconds and release; one crunch is equivalent to one sit-up and the best part is that it can be done anywhere!

Other fitness-friendly technology showcased during the SMT included: YouTube videos, texting services, which send out healthy-living reminders, and social media sites such as Twitter and Facebook, which provide support through online communities.

"American Heart Month is the perfect time for us to remind consumers that Idaho® potatoes have been certified by the American Heart Association as a heart-healthy food," said Frank Muir, President and CEO, IPC. "In addition to the variety of delicious new heart-healthy recipes on our website, we hope our SMT, which features simple and effective workout tips from renowned fitness expert Denise Austin, will encourage folks to take a proactive stance when it comes to their heart health."

Fun Behind-the-Scenes Footage on YouTube
Earlier this year, Austin was featured in a television commercial for Idaho® potatoes. For anyone who missed it or is hungry for more footage, the IPC is offering a second helping. The commercial was filmed in picturesque eastern Idaho, the state's top potato-producing region. From the flowering potato fields, Austin announces that Idaho® potatoes are certified by the American Heart Association as a heart-healthy food.

The re-release of the popular commercial features a surprise ending that is available on YouTube at
» http://www.youtube.com/watch?v=1w-IehbCLOo 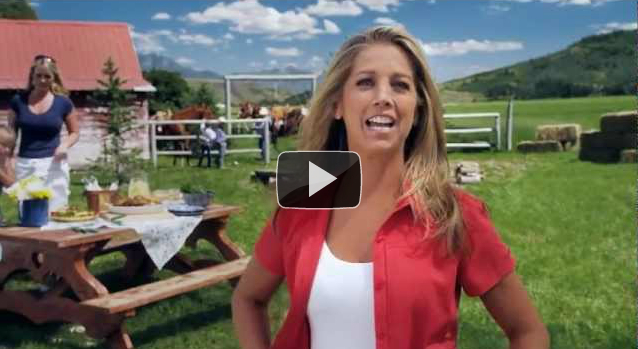 The video offers a can't-miss, behind-the-scenes look at what happens to the potatoes after a commercial shoot -- when they are met with a spud-loving film crew who has worked up a healthy appetite.

"Idaho® potatoes are always served during our commercial shoots and the crew devours them!" stated Muir. "This year we captured the team digging in after two days of shooting and we thought that fellow Idaho® potato lovers and fans of Denise would enjoy seeing the fun footage."

About the Idaho Potato Commission
The Idaho Potato Commission is a state agency that is primarily responsible for expanding the markets for Idaho-grown potatoes through advertising, promotion and research. The Commission also protects the use of the "Idaho® potato" and "Grown in Idaho®" seals, which are federally registered Certification Marks that belong to the IPC. These Marks ensure that consumers are purchasing potatoes that have been grown in the state of Idaho. For more information, visit www.idahopotato.com.
# # #