One of College Football's Most Exciting Bowl Games, the Famous Idaho® Potato Bowl, Will Kick-Off on December 22nd 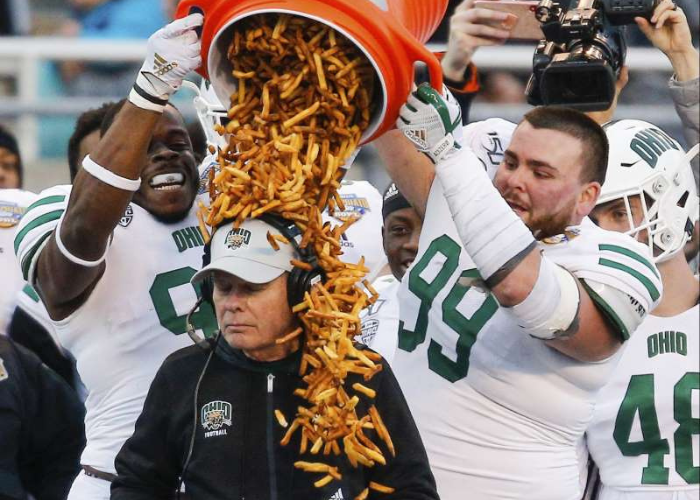 Eagle, Idaho, October 30, 2020 -- ESPN announced today that the Famous Idaho® Potato Bowl (FIPB) will kick off on Saturday, December 22 at 1:30pm MT at Boise State University’s Albertsons Stadium. It will be televised on ESPN, reaching millions of viewers.

For college football fans, athletes and sports reporters, the FIPB is a much anticipated bowl game. It has become a breeding ground for top NFL prospects like Josh Allen, a seventh-round draft pick and now quarterback for the Buffalo Bills, who declared his eligibility for the draft at the FIPB when he accepted the MVP award in 2018. The media can’t get enough of Spuddy Buddy, the Idaho Potato Commission’s (IPC) mascot who was voted best bowl mascot by ESPN, and the crowd goes wild when French fries instead of Gatorade are dumped on the winning coach’s head.

“People are craving normalcy during this unusual year, and for many being able to watch their favorite college football teams play ball provides entertainment and something exciting to look forward to,” explained Frank Muir, President & CEO, Idaho Potato Commission. “And there’s no doubt the players, who have had their seasons sidetracked a bit will play their hearts out on the blue turf.”

Decisions regarding fan attendance and capacities in the stands and parking lots will be made in accordance with state, county and local guidelines.