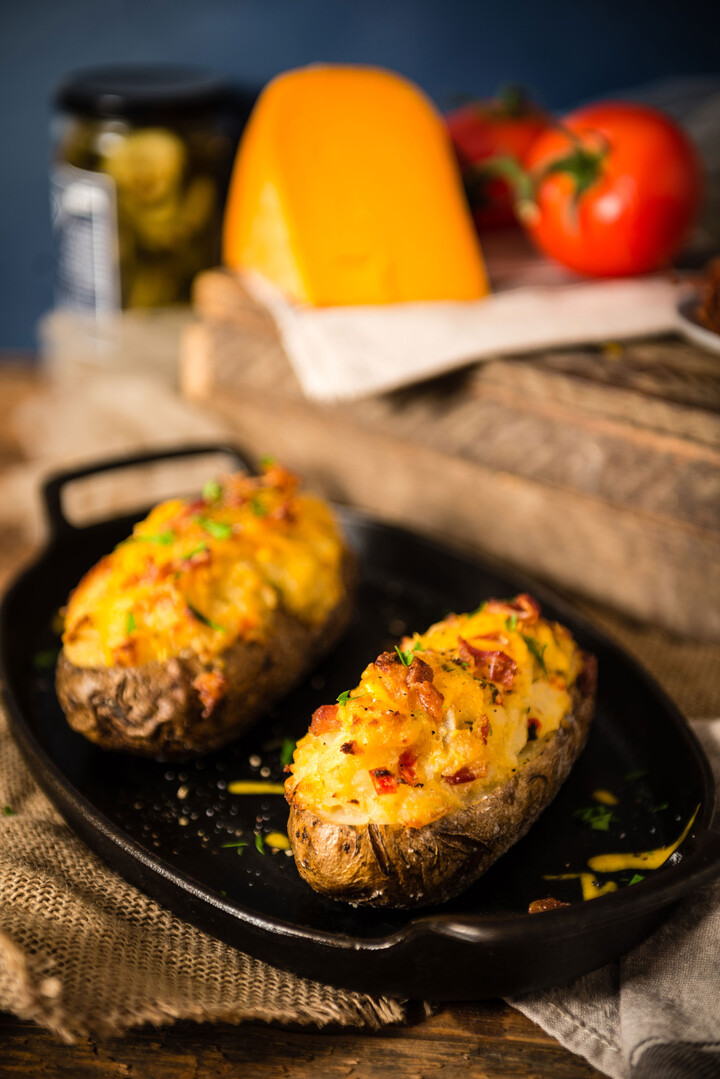 Christmas in Minnesota during my earlier years was always a bit forlorn, filled with self-pity for being in a foreign land, away from family and friends for the first time. But that changed the holiday I was introduced to my partner’s parents, who lived in a small town in rural Minnesota. They welcomed me with open arms, their curiosity—as well as mine—bridging cultural gaps through the medium of food. Though we had nothing in common in terms of spicing techniques, we all agreed on the goodness of the potato. I was asked to go to the chilled garage and unearth, from a cardboard box covered by a heavy blanket, an armful of fall-dug potatoes. Way ahead of the game in terms of organics, Dad Erickson was proud of his garden patch that yielded enough vegetables to feed his wife and visiting kids all summer and fall.

This was my introduction to the beauty of potatoes stored in mud (for a prolonged shelf life) then scrubbed, rinsed, and cooked simply, their inherent creaminess punctuated with locally churned butter. Terry, my partner, was well versed in cooking from his culinary training and showed me how to make twice-baked potatoes—or “double-stuffed,” as his mom and dad called them. I was hooked. Every holiday it became my task to make them, now adding my own twist of sautéed onions and peppers with an abundance of cream and cheese. Mom insisted I make a double batch so she could stretch out their goodness well after the holiday had passed. This remains a tribute to their memory, with gratefulness to them for giving me a loving home to call my own. – Raghavan Iyer

Kita made this recipe for us as part of a Cook the Book campaign for Smashed, Mashed, Boiled and Baked by Raghavan Iyer. You can read her full post here.

1. Position a rack in the center of the oven and preheat the oven to 375°F. Spread a thick layer of salt on a large plate.

2. Scrub the potatoes well under running water. While they are still wet, pierce them in multiple spots with a fork or knife to enable them to vent steam as they bake. Cake each damp potato all over with salt, forming a white-speckled blanket. Place the potatoes directly on the oven rack and bake them until tender, about 1 hour. If you wish, you may place a cookie sheet on the rack below if you have a fear that the salt will fall off—but it really won’t.

3. As the potatoes bake, melt 2 tablespoons of butter in a large skillet over medium-high heat. Once the butter foams, stir-fry the onion and garlic until they become light brown around the edges, 3 to 5 minutes. Add the bell pepper and cook the vegetables, stirring occasionally, until the pepper softens, 2 to 4 minutes. Remove the pan from the heat and add the remaining 4 tablespoons of butter or the fat saved from the cooked bacon.

4. Once the potatoes are done, transfer them to a cutting board and allow them to cool enough so you can handle them. Leave the oven on if you will be serving the potatoes soon. Slice off a ¼-inch-thick slice from the top along the length of each potato. (They’re for nibbling—the cook’s bonus as you finish the dish!) With a teaspoon, scoop out as much of the tender insides as you can without boring a hole through the potato, and set them aside in a medium-size bowl. (I usually leave a ¼-inch-thick layer of potatoes around the inside wall to avoid any possibility of leaks.) As you handle the potatoes, you will experience some of the salt crust falling apart on the board. Just save some of it for later inclusion.

5. Working in batches if necessary, place all the scooped-out whites in a ricer and push them through and back into the same bowl. (If you don’t have a ricer, use a potato masher and fluff them with a fork when completely mashed.) Scrape the pepper-onion medley over the fluffy potatoes and pour in the cream and buttermilk. Add about 1½ teaspoons of salt and the cheese, chives, and bacon, and fold it all until just mixed.

6. Spoon as much of the filling as you possibly can into each potato shell. (You will, in all likelihood, have filling left over. Do yourself a favor and save it for later! See Tater Tip for some ideas.) At this point you can refrigerate the potatoes, covered, and bake them in a day or two.

7. When you are about ready to serve the potatoes, make sure the oven is preheated to 375°F. Line a cookie sheet with parchment paper or aluminum foil and place the stuffed potatoes on it. Bake them until some of the filling oozes out onto the sides and the top is speckled brown, 35 to 45 minutes.

8. Slice each in half and serve hot. 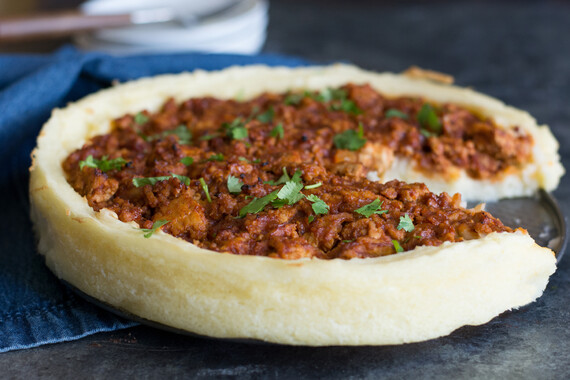 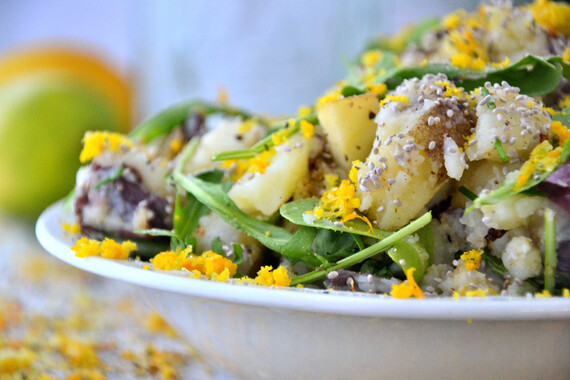 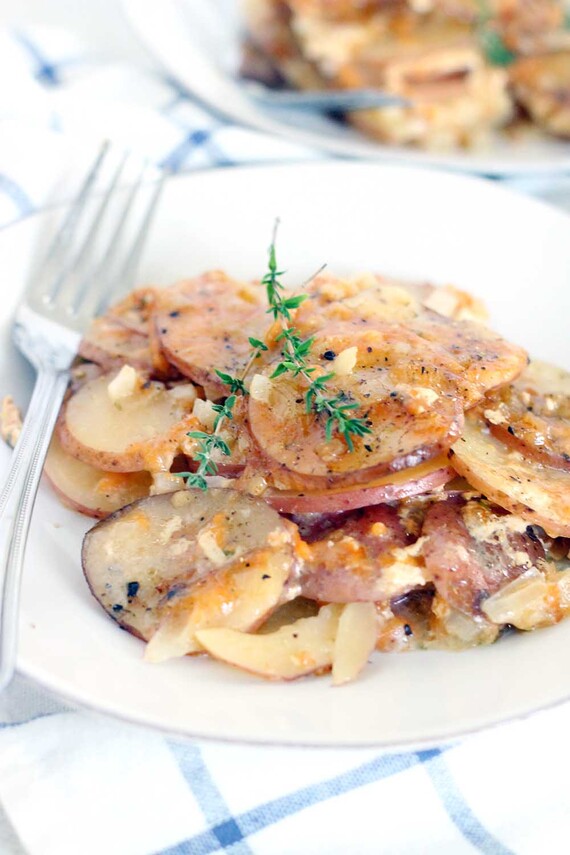