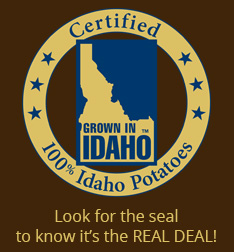 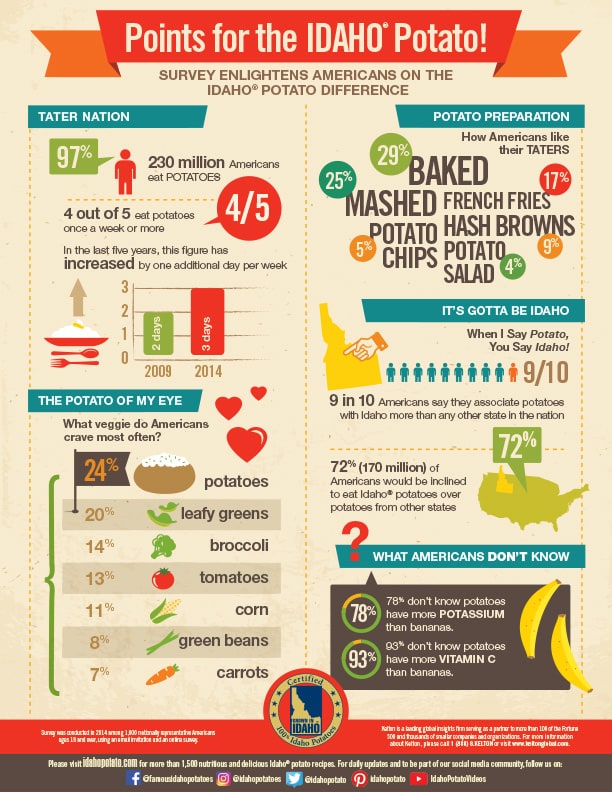 "Idaho® potato" and the "Grown in Idaho®" seal are federally registered Certification Marks that belong to the Idaho Potato Commission (IPC). These Marks ensure that consumers are purchasing potatoes that have been grown in the state of Idaho.

The IPC works hard to protect these trademarks and ultimately the integrity of the "Idaho® potato" brand, which is recognized around the world as a premium potato. In fact, recently a trial was held in the U. S. District Court for the Southern District of New York where a jury  concluded, and a Judge affirmed, that “Idaho” was not generic for any russet potato.

Why bother with potatoes that are only available in season?

With over a century of growing potatoes, Idaho has produced more potatoes than any other state every year since 1957. Idaho's potato industry has actively led the industry in:

Survey after survey points out the high brand awareness of Idaho Potatoes. They far outscore other states' potatoes in customer preference and awareness. Cash in on the famous Idaho Potato brand equity EVERY time you sell a potato.