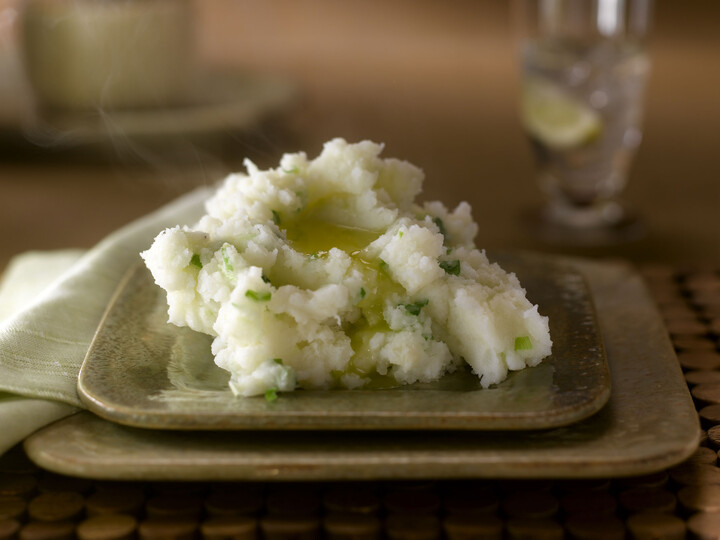 Traditionally considered "peasant fare", champ has been spotted on the menu at some of London's finer restaurants. Creamy mashed potatoes laced with scallions are served in a peak; a small dip is made at the top and filled with melted butter-perfect for dipping each forkful of potato 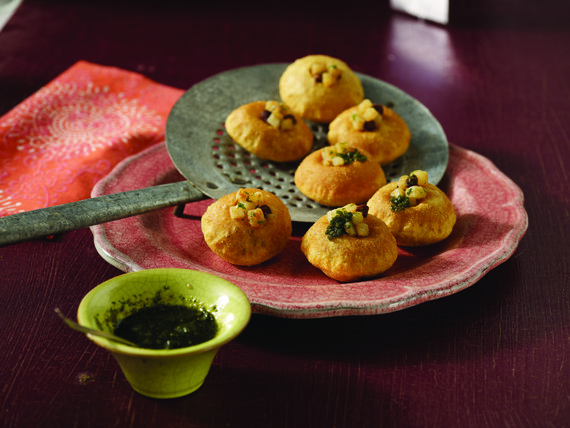 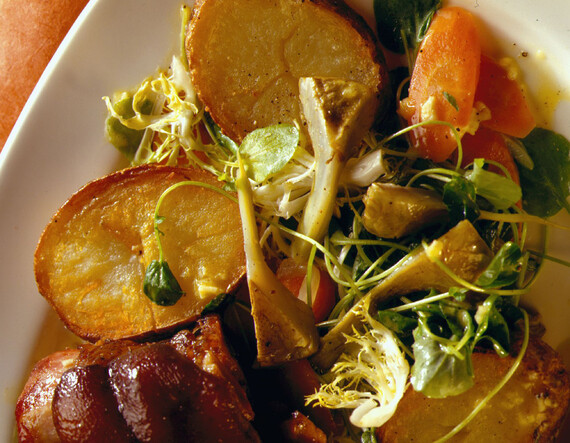 Salad of Artichoke and Potato with Barigoule Vinaigrette, Ham Hock and Garlic Aioli 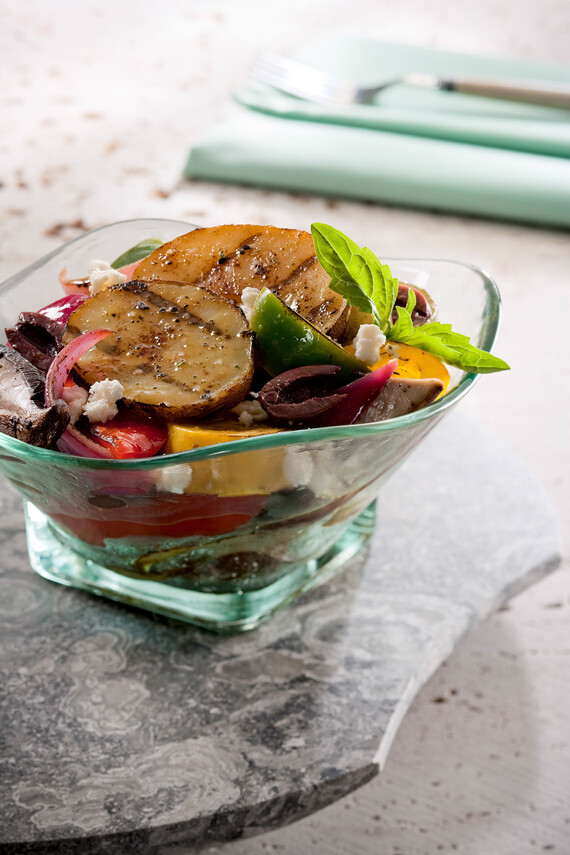