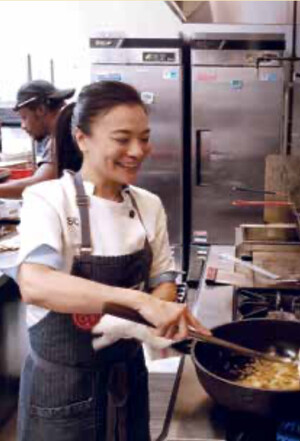 Originally from Beijing, Shirley Chung immigrated to the U.S. with her family when she was 17 years old to continue her higher educa- tion. Following college, she had a brief career working in high-tech in Silicon Valley and later decided to enroll in culinary school. “I knew cooking was my calling,” she says. She later spent 13 years in Las Vegas, where she became known as “The Opener,” due to her track record of launching several restaurants for celebrity chefs.

She describes her style of cooking as Chinese-American with a California spin. “I focus on flavors I’m familiar with and utilize the freshest ingredients available,” she says. “While I am also trained in French and Italian cuisines, I always turn to Chinese because that’s what I grew up with.” Her croquettes’ salt-and-pepper seasoning mix includes Sichuan peppercorn, a very important Chinese spice. “It balances the heat,” she says.

She likes Idaho® Russet potatoes for their starch content and consistency when baked and then mashed. “I don’t use too much cream or butter. Idaho® Potatoes give me a fluffy texture,” she says. Texture is the first thing she watches for. She describes her croquettes as crispy and savory on the outside and creamy on the inside. “I love the contrast.” The dish is such a guest favorite that rarely is a single serving ordered. “I have to serve a bowlful. They are addictive,” she says, adding: “A lot of people in California want to eat gluten-free, and potato dishes are a perfect solution.”

Shirley Chung was a finalist and runner-up on Top Chef (Seasons 11 and 14). Prior to opening Ms Chi Café, she opened restaurants for Thomas Keller, Guy Savoy, Mario Batali and José Andrés. 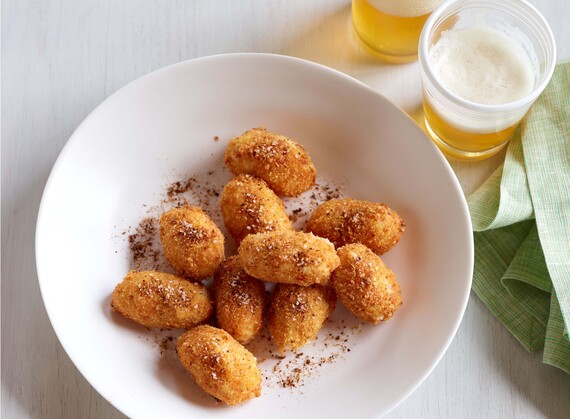