I no longer live in Idaho, but I remember picking up a few plastic Idaho potato shaped pins to hand out when I went on a trip to Europe many many years ago. Does the Idaho Potato Commission still have these, how many do they distribute in a year and when was this wonderful idea originally thought of as a way to draw attention to the potato with a state named after it?

I just ran across an article in the Idaho Statesman in 1970 that was about this very subject, the Idaho potato pins. Would you have guessed that the Girl Scouts having a national convention in Northern Idaho in 1965 sparked an interest in producing a souvenir because there were not potato fields nearby to show off? Most of the potatoes in Idaho are grown along the Snake River in the southern part of the state and not up by Coeur De Alene. That year Idaho First National Bank rounded up some potato shaped banks and gave them to the girls. The banks were metal casting and not inexpensive to make and fairly large to be able to ship or hand out in quantity. Jay Sherlock, the manager of the Idaho Potato Commission recalled as a child getting a plastic pin in the shape of a pickle so started exploring this as a possible premium. The first distribution of the new souvenir was in 1967, 50 years ago at the World Boy Scout Jamboree. Thousands of the pins made their way back home to cities and towns all over the world.

Since then, the pins have been made into dangling ear rings, potato tie tacks (anyone remember using a clip to hold your tie from spilling into the food as you ate?) markers for golf balls on a putting green, and a few were converted to a mold that an Idaho dentist then cast in gold. While a handful of pins used to just cost pennies, these are now available for purchase from the Idaho Potato Commission at their on-line store, the current price is $7.00 plus shipping. Here is the link: 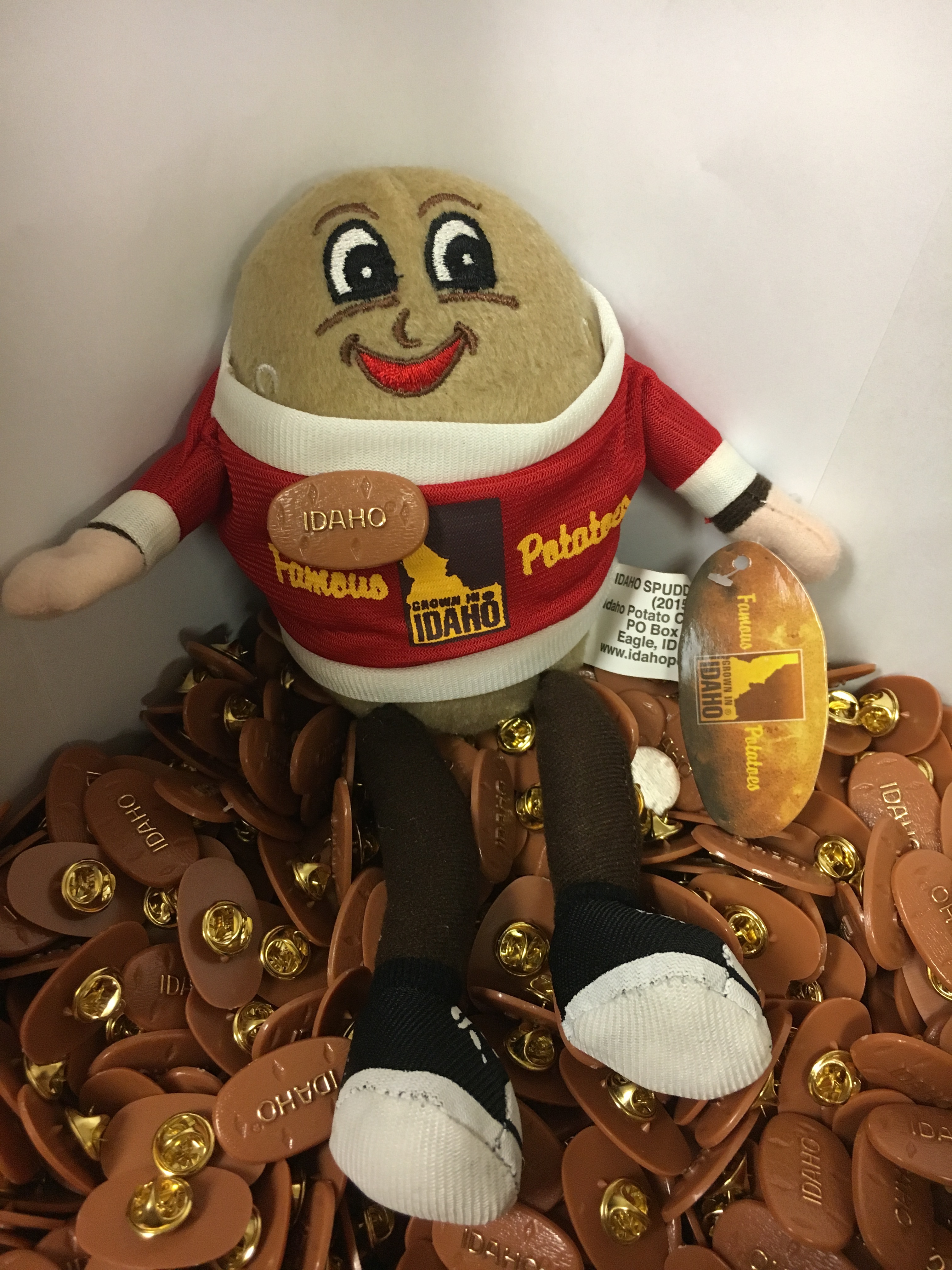