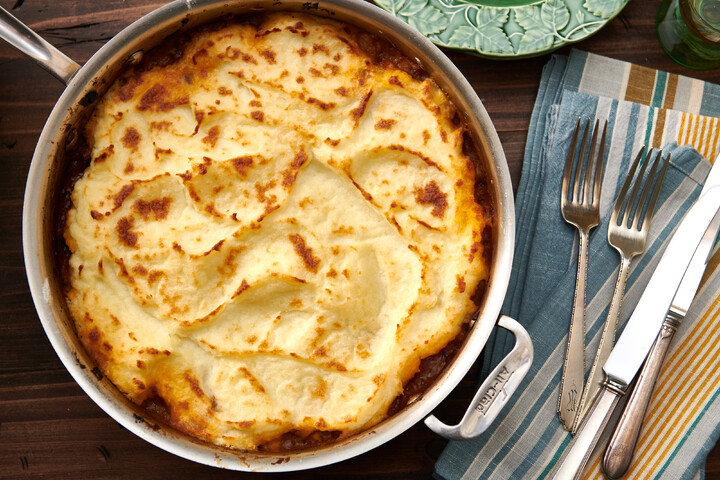 Cottage pie is usually made with chopped or ground beef, and is the British cousin of Irish Shepherd’s pie, which features lamb. The most important part? A thick layer of mashed potatoes on the top, which browns slightly in the oven as it bakes. The ratio of mashed potatoes to the beef filling is generous, but that’s intentional – you don’t need a whole lot of meat to have a satisfying meat and potatoes meal.

You can also think about adding a cup of frozen peas along with the corn if you wish.  If you leave out the flour the sauce will not thicken as much, but the recipe will be gluten-free, if that’s something you need.

1 cup whole milk or half and half or cream

Place the potatoes in a medium-sized saucepan and add cold water to cover. Salt the water, then place over high heat until the water simmers. Lower the heat to medium-high and continue to simmer, partially covered, until the potatoes are very tender, about 20 minutes.

Meanwhile, spray a large skillet with nonstick cooking spray and heat over medium high heat. Add the beef and cook, stirring frequently to break up the meat, until brown and crumbly, about 5 minutes. Turn into a colander to drain.  Carefully wipe out the skillet.

Heat the oil in the same large skillet over medium high heat, and sauté the leeks, carrots, celery, garlic, rosemary and thyme and sauté for 4 to 5 minutes until the vegetables are starting to soften tender. Season with salt and pepper, add the flour and stir until it coats the vegetables about 1 minute. Stir in the tomato paste, Worcestershire sauce (if using), cooked beef and the corn, and then add the broth and cook, stirring, until the liquid thickens into a sauce, about 4 minutes.

Turn the mixture into a 9-inch deep dish pie pan.

Drain the cooked potatoes. In the saucepan you used to cook the potatoes, heat the milk and the remaining 2 tablespoons butter until barely simmering. Put the cooked potatoes through a food mill, a ricer, or add the potatoes as cooked chunks and use a potato masher to mash them in the simmering milk.   Season with salt and pepper, and stir until smooth, hot, and well blended.

Spread the mashed potatoes evenly over the beef and vegetable mixture in the pie pan. Use a spoon to make nice wavy peaks and valleys in the potatoes; the peaks will then get nicely browned and beautiful in the baking.

Bake for 15 minutes until the top is set and a bit colored. If you want the top a bit more browned you can run it under the broiler for a few minutes, but keep a close eye on it so it doesn’t get too brown. Remove from the oven and let sit for 5 to 10 minutes before serving. 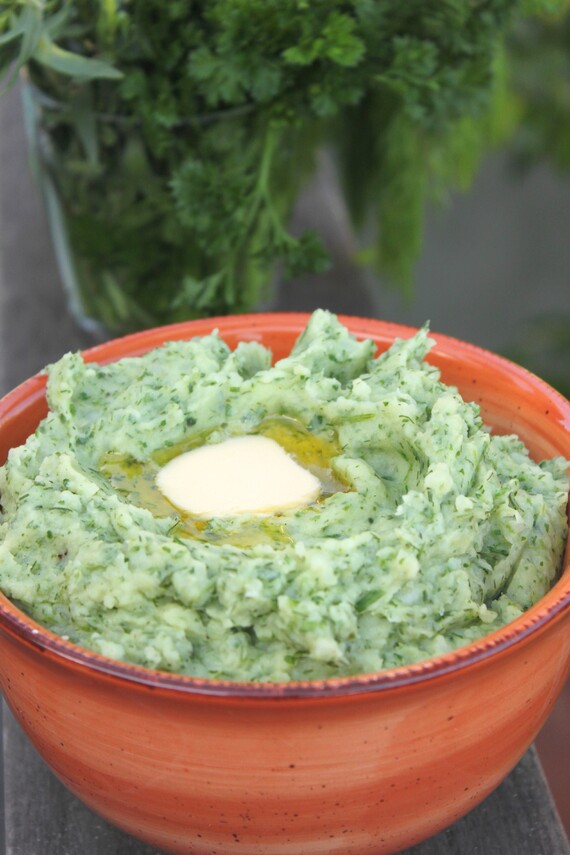 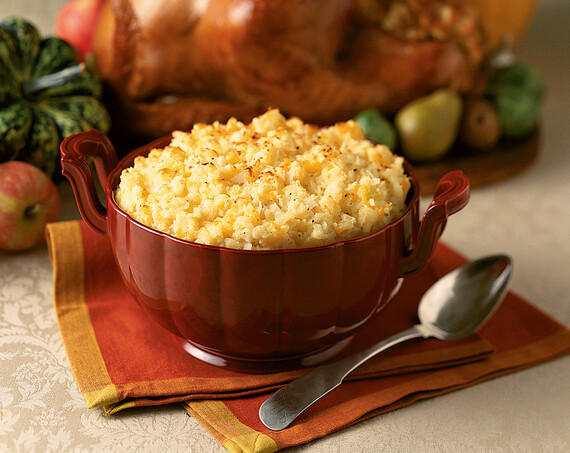 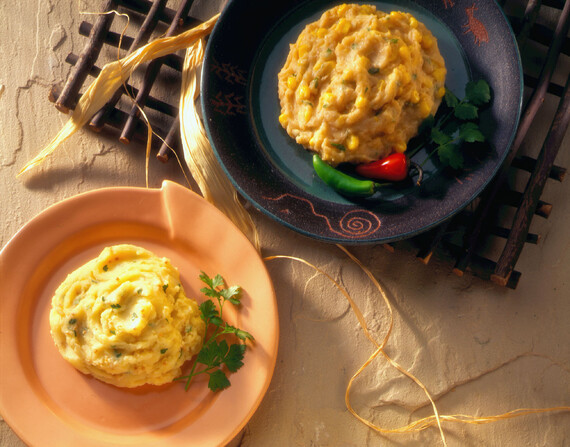