EAGLE, Idaho, November 20, 2012 – The Idaho Potato Commission (IPC) awarded a $250 cash prize to Zoe Lowinfell Cauvel of Twin Falls, Idaho for her delectable photo of Idaho® Potato “Nachos” in the IPC’s Recipe Photo Contest. The contest, which had been housed on the IPC’s website was re-launched on the IPC’s Pinterest page in October (http://pinterest.com/idahopotato). 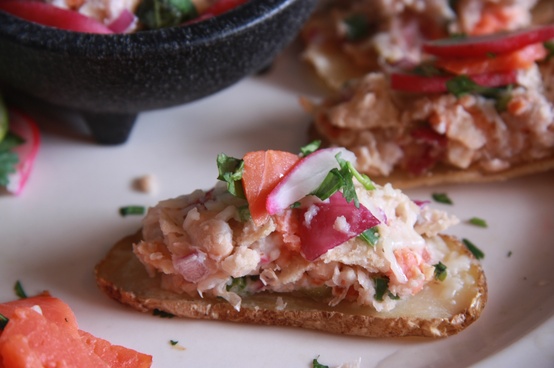 “Zoe’s photograph beautifully captured the creativity of the dish through her composition and food styling,” said Frank Muir, President and CEO, IPC. “We are continually impressed with the photographs that are submitted to this monthly contest, and look forward to having even more cooking enthusiasts and pinners participate. Congratulations, Zoe!”

The IPC relocated the Recipe Photo Contest from its website to its Pinterest page to take advantage of this growing social medium’s sharable, visual platform. Users are invited to visit http://pinterest.com/idahopotato/recipe-photo-contest/ to find the featured recipe of each month, make the dish and pin it for an opportunity to win a $250 cash prize.

November and December’s featured recipe is Idaho® Potato and Wisconsin White Cheddar Gratin, a homestyle Idaho® potato casserole dish that’s sure to be a highlight of the holiday table. To enter, make this dish, upload a photo of it to Pinterest and post a link to your pin in the comment section here: http://bit.ly/photopin1112. Deadline for the November/December contest is December 27, 2012. For official contest rules, visit http://pressroom.idahopotato.com/pinterest-recipe-photo-contest-rules/.

All photo submissions are judged by a panel of experts who are looking for originality, creative composition and overall appeal. Here are some quick tips to catch the judges’ eyes:

For inspiration and ideas, visit the IPC’s Pinterest Board to view examples of the contest’s previous winners: http://pinterest.com/idahopotato/recipe-photo-contest/