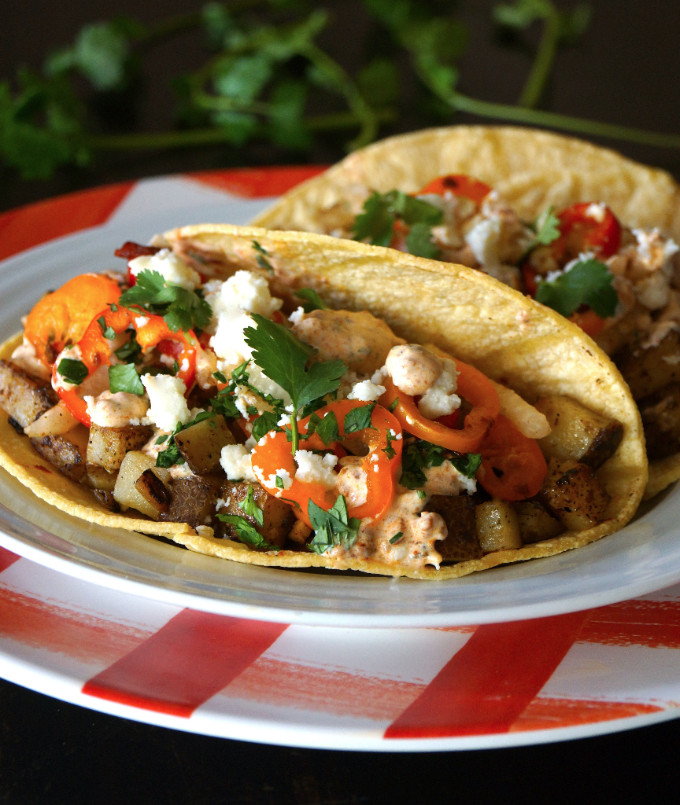 EAGLE, Idaho (December 16, 2015) -- Hungry football fans across the country entered the Idaho Potato Commission’s (IPC) first-ever Tailgating Recipe Contest for a chance to win an all-expense paid trip to the Famous Idaho® Potato Bowl in Boise on December 22. Hundreds of “spudtacular” recipes were entered, but Crystal Schlueter’s Tackling Tater Tacos, with spiced Idaho® potatoes drizzled with a delectable chipotle honey slaw and irresistible chorizo crema, won over the hearts…and stomachs of the judges.

“As the naming sponsor of the Famous Idaho® Potato Bowl, which is in its sixth year, we wanted to know how football fans enjoy their Idaho® potatoes at tailgating events either at home or at the stadium,” explained Frank Muir, President and CEO, IPC. “The entries we received are fantastic and truly demonstrate the versatility of the Idaho® potato. Congratulations to Crystal and thank you to everyone who entered.”

College football sideline reporter, Heather Cox, helped kick off the contest in October and cast her vote for the best recipe. “I’ve always loved to tailgate especially when Idaho® potatoes are on the menu,” said Cox. “Tackling Tater Tacos embody the perfect tailgating recipe – they’re easy to prepare and serve, and taste amazing!”

Corn tortillas are topped with spicy, diced Idaho® potatoes that have been pan fried until crispy golden brown and fork tender. The crunchy jicama/bell pepper slaw and flavored-packed chorizo crema are spooned onto the potatoes, and then sprinkled with queso fresco and cilantro.

Five runners-up will each receive $500:

Look for all the winning recipes online at http://idahopotato.com.