Eagle, Idaho, September 27, 2013 – The Idaho Potato Commission (IPC) steps up its game this fall with the signing of broadcast journalist and Idaho resident Heather Cox, who is best known for her sideline reporting at college football games nationwide. Heather will add Idaho® potatoes to her line up of news coverage throughout the college football season, producing a total of ten :40 videos that announce breaking news and consumer promotions from the IPC. 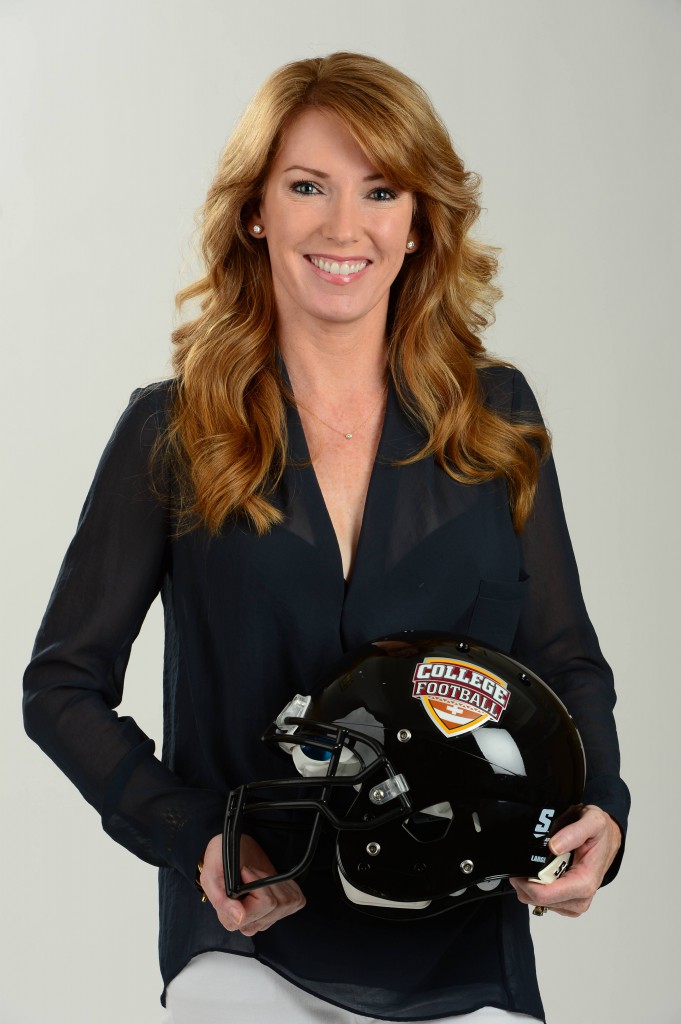 “The Idaho Potato Commission has a long history with college football. We support Idaho’s college football teams, sponsor the Famous Idaho® Potato Bowl and encourage consumers to enjoy Idaho® potatoes by promoting them in a special section on the homepage of our website,” explained Frank Muir, President & CEO, IPC. “Because fall football season coincides with our fall harvest- the busiest time of year for Idaho® potato farmers- it made perfect sense to partner with one of the most recognized names in college football to help us kick off our line up of programs.”

Cox’s videos will be uploaded to www.idahopotato.com on Friday afternoons and will be distributed primarily through social media channels:

Cox will film each video from a different college football stadium and announce an exciting new contest or giveaway. The first big announcement takes place Friday, September 27 at Ohio State University where Cox kicks off the launch of the IPC’s second annual Tailgating Sweepstakes on Facebook, https://www.facebook.com/famousidahopotatoes. Additionally, Cox has launched a contest on her Twitter page @heatherespn where fans can win a plush Spuddy Buddy.

Tweet @heatherespn to find out how to win a Spuddy Buddy! 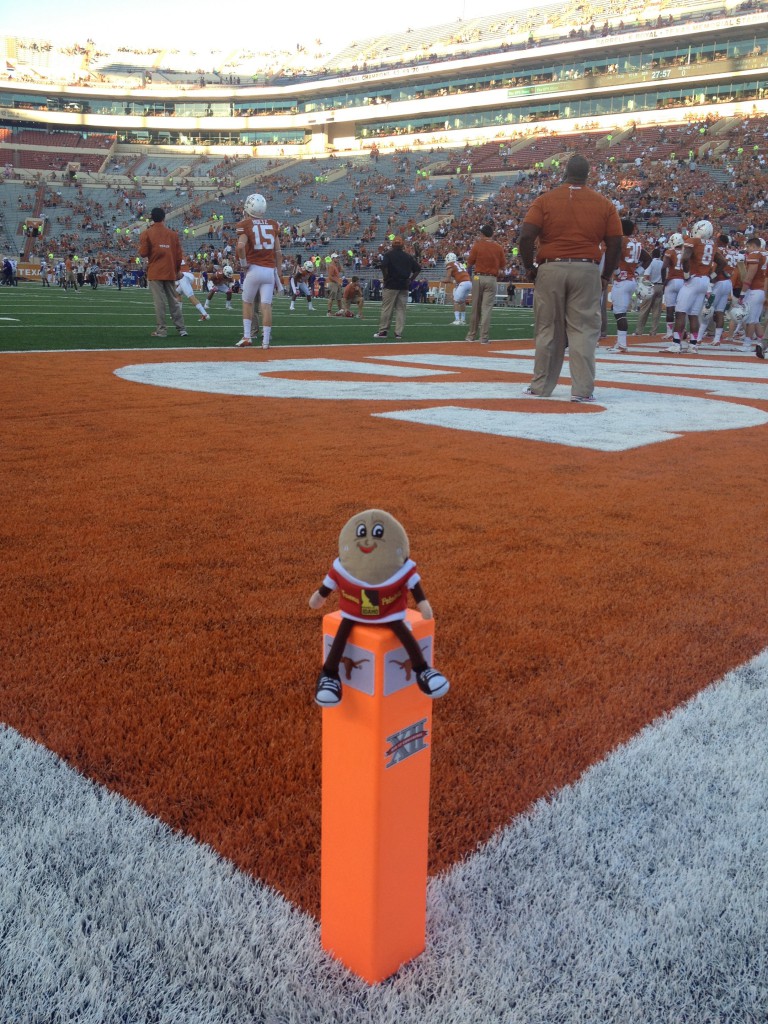 “It’s a thrill for me to work with the Idaho Potato Commission,” explained Heather Cox, a self-proclaimed potato lover and Boise, Idaho resident. “I’m on the road quite a bit and work long days covering college football games. Just like the college football players I interview, I rely on Idaho® potatoes as a nutritious energy source to give me long-lasting energy.” 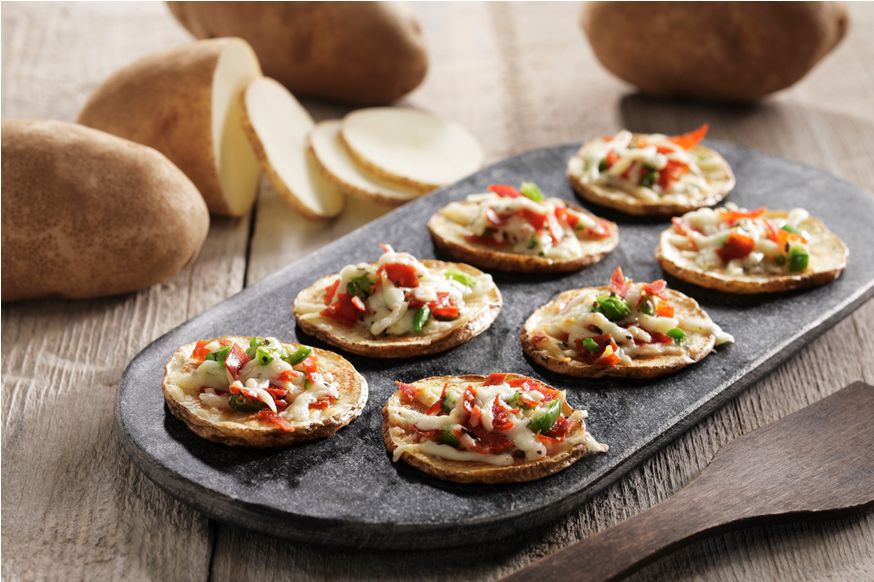 Directions
1. Preheat oven to 425° F.
2. Spoon 1 tablespoon of olive oil onto a large, nonstick baking sheet. Spread evenly with a pastry brush to coat bottom of baking sheet. Arrange potato slices on baking sheet and bake 10 minutes or until pale golden in color. Turn potato slices over and cook 6 additional minutes or until fork tender and beginning to lightly brown.
3. Combine remaining ingredients except remaining olive oil in medium bowl and toss until well blended.
4. Remove potatoes from oven and spoon equal amounts (approximately 1 tablespoon per slice) of the pepperoni mixture on top of each potato slice. Return to oven and bake 3-5 minutes or until the cheese begins to melt. Remove from oven, drizzle the remaining 2 tablespoons oil evenly over topped potato slices. Let stand 5 minutes to allow flavors to absorb. Serve immediately for peak flavor.

About the Idaho Potato Commission
Established in 1937, the Idaho Potato Commission (IPC) is a state agency that is responsible for promoting and protecting the famous “Grown in Idaho®” seal, a federally registered trademark that assures consumers they are purchasing genuine, top-quality Idaho® potatoes. Idaho's growing season of warm days and cool nights, ample mountain-fed irrigation and rich volcanic soil, give Idaho® potatoes their unique texture, taste and dependable performance, that differentiates Idaho® potatoes from potatoes grown in other states.