Bring Home the Bacon: $150,000 in Cash and Prizes to Be Awarded in 22nd Annual Idaho Potato Commission Retail Display Contest

Retailers can cater to sizzling hot consumer demand for all things bacon by designing an attention-grabbing produce department display with fresh Idaho® potatoes, an Idaho® dehydrated potato product, and HORMEL® Real Bacon Toppings. Entrants will compete for more than $150,000 in cash and prizes, and everyone who enters will automatically receive a free Swiss Army backpack with padded computer and music player pockets.

“Consumers love Idaho® potatoes, and bacon is the hottest food trend around right now, so what better way to capture shopper interest than by combining these two great tastes?” said Seth Pemsler, vice president, Retail/International, IPC. “A creative, attention-grabbing display is a highly effective tactic for pulling shoppers into the produce department and driving higher sales during what’s traditionally a slower season.” 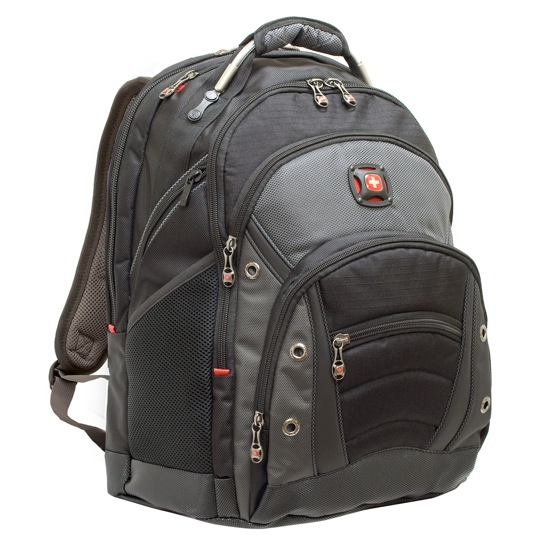 In fact, sometimes those sales happen even before the display is complete, as Ohio produce manager William Roller can attest. For the 2012 IPC contest, Roller came up with the idea of a patriotic theme showcasing a potato dressed as the Statue of Liberty, holding aloft a potato on a fork as a “torch.” “Customers were pulling potatoes and boxes of dried potatoes off the display while I was building it!” said Roller, who created the display for Community Market in Greenfield, Ohio, which placed third among supermarkets with 1 to 5 cash registers.

Community Market in Greenfield, Ohio, came in third among stores with 1-5 cash registers. 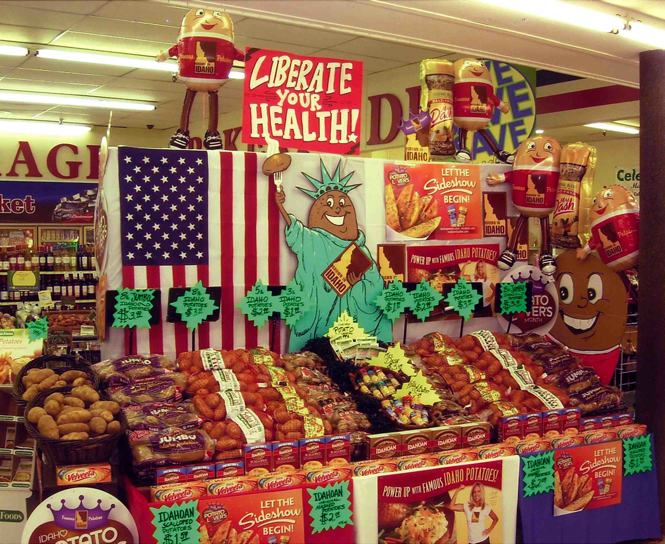 To enter the 2013 contest, retailers can let their imaginations run wild as they design a produce department display that features Idaho® potatoes and HORMEL® Real Bacon Toppings, in addition to special-themed point-of-sale material from the IPC and Hormel. Two round double-sided Potato Lover’s Month logo signs, a large and a small double-sided sign with a mouthwatering photo, and two inflatable Mylar Spuddy Buddies are included in the 2013 IPC display kit.

In addition, the Category Manager Match Program will award equivalent cash prizes to category managers at stores that qualify for a 1st through 5th place prize. One hundred displays chosen from the remaining entries will win Honorable Mention Prizes of $100.