Boise, ID, August 3, 2011—The Famous Idaho® Potato Bowl was unveiled today as the new name for the Humanitarian Bowl which features a top selection from the Western Athletic Conference (WAC) and the Mid-American Conference (MAC). The nation’s longest-running outdoor cold-weather Bowl, played since 1997, will take place on Saturday, December 17, 2011 at 3:30 p.m. MST at Bronco Stadium in Boise, Idaho and televised on ESPN.

The Idaho Potato Commission signed a six-year naming rights deal to sponsor the Bowl, beginning immediately and running through the 2016 game. As part of the package, the Bowl will be featured prominently in national and regional marketing campaigns conducted by the Commission. Four of the top five potato-consuming states are represented by the WAC and MAC conferences: New York, Ohio, Pennsylvania and Texas. 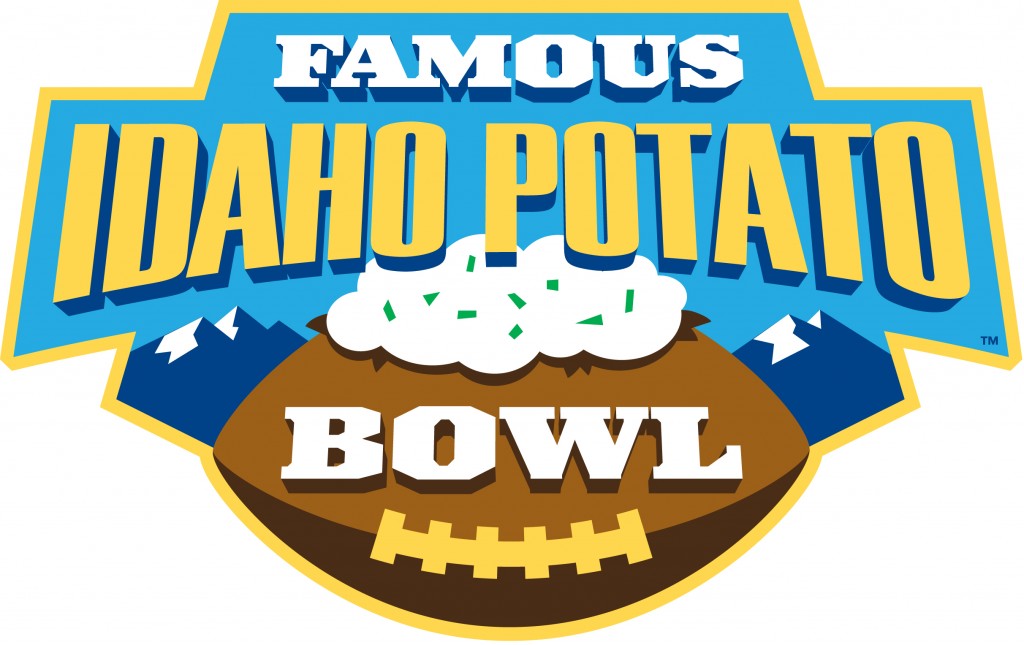 “We’re proud to support a bowl that has become a national showcase for the State of Idaho,” said Frank Muir, President and CEO of the Idaho Potato Commission. “It’s the perfect opportunity to reinforce the health and quality benefits of Idaho® potatoes to a national audience while supporting a game that has generated significant funds for the local economy and associated charities.”

“Our new title sponsor ensures the longevity of the Bowl and means that fans around the country will continue to see exciting games on the blue turf in Boise,” said Kevin McDonald, Executive Director of the Famous Idaho® Potato Bowl.

The Famous Idaho® Potato Bowl continues the tradition of commodity-named bowl games with connections to a state’s top agricultural export. The Orange Bowl, Sugar Bowl and Cotton Bowl all took their namesakes from products critical to their respective state’s economic health. Idaho has been the nation’s largest producer of potatoes every year since 1957. The “Famous Potato” slogan was initiated by the Idaho Potato Commission and added to the State’s license plates in 1948.

Tickets for the Famous Idaho® Potato Bowl will go on sale to the general public through Idahotickets.com or the Bronco Stadium ticket office on October 1. Reservations for premium ticket packages are currently available, which include prime ticket locations, hospitality benefits in tent village and corporate exposure. For more information contact the Famous Idaho Bowl office at (208) 424-1011.

About the Bowl
The Famous Idaho® Potato Bowl recognizes the positive impact teams, coaches and student-athletes have in their communities and their leadership roles in promoting humanitarian efforts. Each year, the Bowl generates nearly $1 million in direct economic impact for the facilities and charities involved. For more information, visit www.famousidahopotatobowl.com.