EAGLE, IDAHO, June 1, 2015 – Grocery retailers nationwide set out their sharpest spud displays for the Idaho Potato Commission’s (IPC) 2015 retail competition, which was extended from four weeks to eight weeks for the first time so that ample shipments of Idaho® potatoes would be available.

“This was our 24th year running this contest, and it was our most successful year ever with 5,146 entries from supermarket chains and independent retailers,” said Jamie Bowen, IPC marketing manager. “Most of the displays sell out during the contest, so those extra weeks from mid-January through mid-March ensured there were enough Idaho® potatoes for everyone throughout the competition period. And of course the shoppers love that too!” 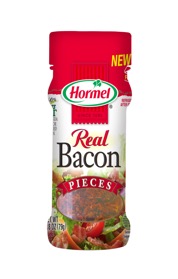 For the third year in a row, HORMEL® Real Bacon Bits teamed up with the Idaho Potato Commission, doubling the promotional punch for retailers competing for more than $150,000 in cash and prizes.

“It’s a great partnership because the convenience aspect of both products is huge,” said Corrine Hjelmen, brand manager – bacon toppings, Hormel Foods Corp. “It’s also a successful partnership between the center of the store and the perimeter. Bacon continues to grow [in popularity] with consumers, and this highlights the different variety of things that [shoppers] can do with both products.”

A first-place finish for stores with 10+ registers was in the cards for Marsh Supermarket in Brownsburg, Indiana, which won with its gambling-themed display featuring top hat-topped Spuddy Buddy dealers relaxing against a backdrop of slot machines. Meanwhile, Heath, Ohio-based Carnival Foods took on the world and took home the highest award for stores with 6-9 registers. The store’s display highlighted the Idaho® potato’s global reputation for quality with a map of the world surrounded by postcards of famous sites like the Eiffel Tower and the Great Sphinx of Egypt, framed by tall stacks of bagged Idaho® potatoes.

Among stores with 1-5 registers, Ray’s Shursave in Old Forge, Pennsylvania, was the winning entry with a giant poster of a Spuddy Buddy-driven tractor and spud-filled wagon “Pulling the savings for Potato Lovers,” festooned with yellow IPC balloons.

“We love to see all the new concepts that our retailers come up with for the displays every year,” said Bowen. “We also love the fact that their creativity is rewarded by the big jump in Idaho® potato sales every year during the contest.”

In addition, the Category Manager Match Program awarded equivalent cash prizes to category managers at stores that qualified for 1st through 5th place prizes. The IPC also awarded 100 Honorable Mention Prizes of $100 to displays chosen from the remaining entries, and everyone who entered received a free Cuisinart Advantage cutlery set of precision-tapered, high-carbon stainless steel blades, complete with a solid wood knife block.

To enter the display contests, retailers and military commissaries were required to create a display for their produce department featuring Idaho® potatoes and HORMEL® Real Bacon Bits, plus themed point-of-sale material from the IPC and Hormel. The display had to be up in the store’s produce section for at least one week between Jan. 12 and March 13, 2015.