EAGLE, ID, October 20, 2011 – The 2011 Idaho® potato harvest season is in full swing and the 319,000 acres that will be harvested are expected to yield more than 12 billion pounds of Idaho® potatoes. The majority of these potatoes (62%) will be used to make processed products such as frozen and dehydrated; 29% will be shipped fresh; and 9% will be grown for certified seed.

"The IPC could not ask for a better start to our 75th Anniversary year than with a quality crop of Idaho® potatoes," said Frank Muir, President and CEO, Idaho Potato Commission. "Idaho has a formula for growing potatoes that cannot be beat. Yes, our unique growing environment naturally produces a potato that is high in solids and has a lower moisture content, but the magic really belongs to the growers. They are the ones who know how to skillfully utilize Mother Nature’s gifts to grow a quality potato while maintaining the integrity of the great land on which they are grown." 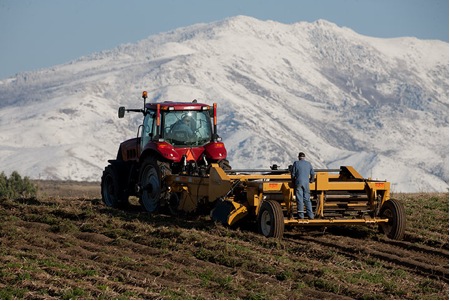 A farmer harvests his field in Tetonia, Idaho. (Photo Courtesy of David Stoecklein)

In celebration of this landmark year, David Stoecklein, a renowned photographer of the West and proud Idaho resident, spent a year capturing the essence of Idaho through his lens. From blazing summer sunsets to serene winter mornings, David captured the heart and soul of "Potato Country."

Several of David's most stunning photos have been used to create a short slideshow that pictorially tells the harvest potato story while bringing to life the beauty of the lush land. To view these breathtaking images visit http://pressroom.idahopotato.com/2011-pictorial-press-release/

These photos, along with dozens more, have been published in a book called Potato Country that is dedicated to everyone who works in the Idaho® potato industry. This book can be purchased at www.amazon.com. 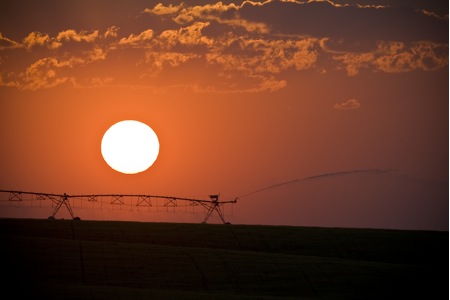 A farmer harvests his field in Tetonia, Idaho. (Photo Courtesy of David Stoecklein)